Here are the words of 35 presidents laying the foundations for Black Lives Matter. I couldn’t find quotes from ten presidents. I don’t know whether that’s because there was nothing to find or I just didn’t look hard enough.

George Washington —  “When we profess, as our fundamental principle, that liberty is the inalienable right of every man, we do not include madmen or idiots; liberty in their hands would become a scourge. Till the mind of the slave has been educated to perceive what are the obligations of a state of freedom, the gift would insure its abuse.”

Thomas Jefferson –“The blacks…are inferior to the whites in the endowments both of body and mind.”

James Monroe — “Negroes from the country have no business in town, but to attend at market; that being ended they ought to depart.”

John Quincy Adams — “Slavery in a moral sense is an evil; but as connected with commerce it has important uses.”

Andrew Jackson — “They have neither the intelligence, the industry, the moral habits, nor the desire of improvement which are essential to any favorable change in their condition. Established in the midst of another and a superior race, and without appreciating the causes of their inferiority or seeking to control them, they must necessarily yield to the force of circumstances and ere long disappear.”

Martin Van Buren — “…the sense in which the word ‘citizen’ was used by those who framed and ratified the Federal Constitution was not intended to embrace the African race.”

William Henry Harrison — “I would freely take one or two Negroes either male or female & get the favor of you to keep them til an opportunity of sending them occurred — it would make no difference whether they are slaves for life or only serve a term of years.”

John Tyler  – “…the negro is torn from Africa, a barbarian, ignorant and idolatrous; he is restored civilized, enlightened, and a Christian.”

James Polk — “The agitation of the slavery question is mischievous & wicked, and proceeds from no patriotic motive.”

Zachary Taylor  – “So far as slavery is concerned, we of the south must throw ourselves on the constitution & defend our rights under it to the last, & when arguments will no longer suffice, we will appeal to the sword, if necessary.”

Millard Fillmore — “…slaves themselves do not regard their condition as  so bad that they have any strong desire to change it.”

Franklin Pierce — “I believe that involuntary servitude, as it exists in different States of this Confederacy, is recognized by the Constitution. I believe that it stands like any other admitted right, and that the States where it exists are entitled to efficient remedies to enforce the constitutional provisions,”

James Buchanan — “(Slavery is), happily, a matter of but little practical importance.”

Abraham Lincoln — “I am not, nor ever have been, in favor of bringing about in any way the social and political equality of the black and white races — that I am not nor ever have been in favor of making voters or jurors of negroes, nor of qualifying them to hold office, nor to intermarry with white people; and I will say in addition to this that there is a physical difference between the white and black races which I believe will forever forbid the two races living together on terms of social and political equality. And inasmuch as they cannot so live, while they do remain together there must be the position of superior and inferior, and I as much as any of her man am in favor of having the superior position assigned to the white race.”

Andrew Johnson — “This is a country for white men, and by God, as long as I am President; it shall be a government for white men.”

Ulysses S. Grant — “I have no hobby of my own with regard to the negro, either to effect his freedom or to continue his bondage.”

James Garfield — “I have a strong feeling of repugnance when I think of the Negro being made our political equal. And I would be glad if they could be colonized, sent to heaven, or got rid of in any decent way.”

Theodore Roosevelt — “…a perfectly stupid race can never rise to a very high plane; the negro, for instance, has been kept down as much by lack of intellectual development as by anything else.”

William Howard Taft — “When a class of persons is so ignorant and so subject to oppression and misleading that they are merely political children, not having the mental stature of manhood, then it can hardly be said that that their voice in the government secures any benefit to them.”

Woodrow Wilson — ” Negro rule under unscrupulous adventurers had been finally put an end to in the South, and the natural, inevitable ascendancy of the whites, the responsible class, established.”

Franklin D. Roosevelt “Japanese immigrants are not capable of assimilation into the American population…the mingling of Asiatic blood with European or American blood produces, in nine cases out of ten, the most unfortunate results.”

Harry Truman —  ″I think one man is just as good as another so long as he’s honest and decent and not a n***er or a Chinaman. Uncle Will says that the Lord made a white man from dust, a nigger from mud, then He threw up what was left and it came down a Chinaman.″

Dwight D. Eisenhower –“…white Southerners are not bad people. All they are concerned about is to see that their sweet little girls are not required to sit in school alongside some big overgrown Negroes”

John F Kennedy –“Hitler will emerge from the hatred that surrounds him now as one of the most significant figures who ever lived.  He had in him the stuff of which legends are made,”

Richard Nixon — “We’re going to [put] more of these little Negro bastards on the welfare rolls at $2,400 a family”

Jimmy Carter — “I see nothing wrong with ethnic purity being maintained.”

Bill Clinton — “A few years ago, this guy would have been carrying our bags.”

Barack Obama — “We tortured some folks,…I understand why it happened.”

Donald Trump — “I don’t have a racist bone in my body.” 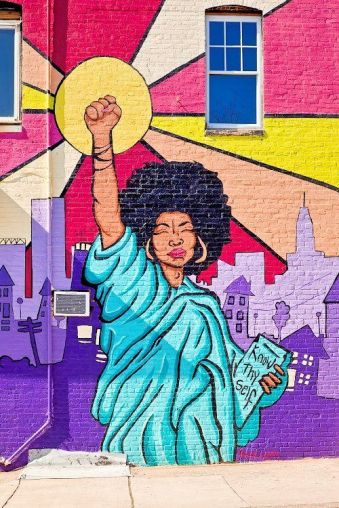