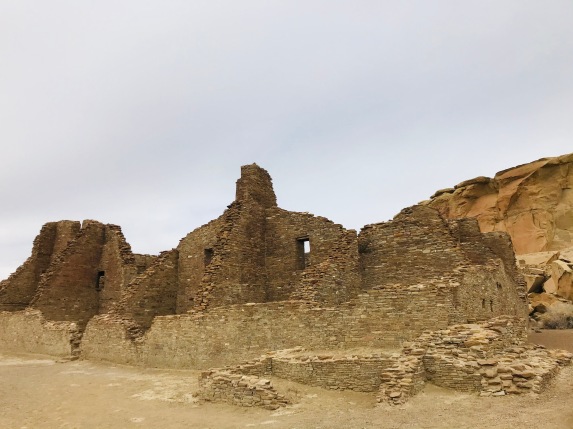 I arrived in Farmington, New Mexico, on Sunday hoping to convince myself to go to Chaco Canyon. I have wanted to go there forever, but a solo trip felt like a teensy bit of a stretch for me. It’s 80 miles from a city, and 13 of those miles are on dirt roads. The weather has been unpredictable, and my car had a minor episode this week that could be a big problem if it happened again in the wilderness.

But I went! By myself! It was not a big deal! It was amazing! 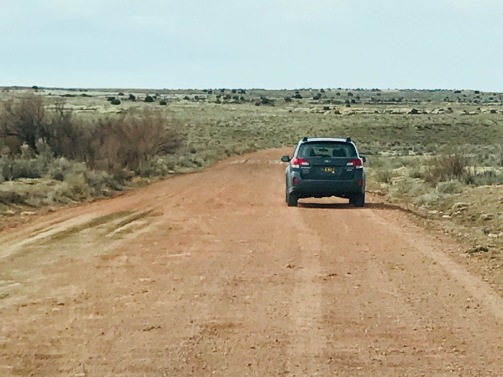 Three women from Albuquerque were ahead of me on the dirt road in a grey Subaru Outback, just like mine. It was a reassuring coincidence, considering there were only about a dozen other cars in the park.

But less about me…Chaco Canyon is a UNESCO World Heritage Site and one of the most important archeological sites in the country. The canyon was settled in the 900s by the Pueblo, also called Chacoans, and was the center of the civilization’s cultural and spiritual life. When I arrived, I wondered why here — the canyon, though beautiful, is not among the most striking of the Southwest’s landscapes. I later learned the Chacoans appear to have chosen the site because of how the canyon aligns with celestial patterns. Inside the park, my first stop was the largest excavation, Pueblo Bonito. One of the first things I noticed is how the ruins blend into the sandstone cliffs behind them as if they were built to be an integral part of the landscape. The structures in Pueblo Bonito include only a few of the 4,000 structures in the area. Of those that have been excavated, some are “symmetrically ordered” to the solstice sun and the lunar standstill, providing more evidence of the religious life of the community and its knowledge of astronomy. The largest structures — considered by archaeologists to be engineering marvels — comprise up to 500 rooms. By the time Chaco construction was complete, Chacoans had moved 240,000 trees from the Chuksa Mountains, 50 miles away, without benefit of wheels, animals, or water transport. 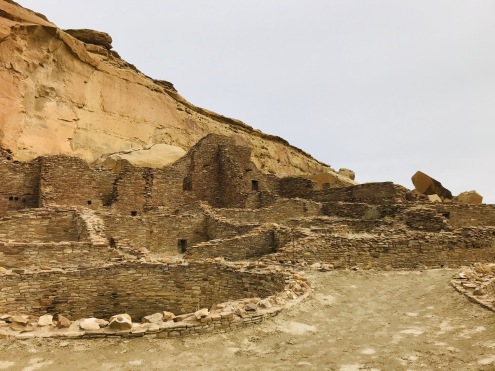 The five-story Great Houses and ceremonial kivas hug the sandstone cliffs, blending in to the rock formations behind them.

Among Chaco’s most interesting mysteries — which visitors on the ground can’t see — are the dozens of straight lines that go for miles out into the desert, up and down cliff walls, and across the mesas. Partly because the lines end at what appear to be small shrines, scholars believe they may have had some religious purpose. 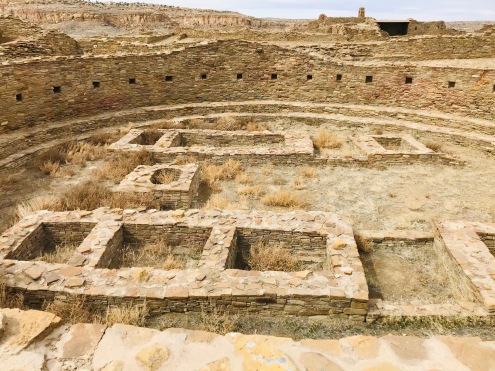 After enjoying the company of the three women in the Subaru at Pueblo Bonito, I hiked for a couple of hours on my own through the ruins and to cliffs of petroglyphs. Actually, it was less like a hike than a church walk. I uncharacteristically stopped often to relax and reflect. I wondered who painted the petroglyphs and whether they served the same purpose as the graffiti in our modern cities. I looked for evidence of elk and wild cats, and waved at the crows who seemed to be following me. Although I’d hesitated to visit Chaco on my own, being there alone helped me feel its power. 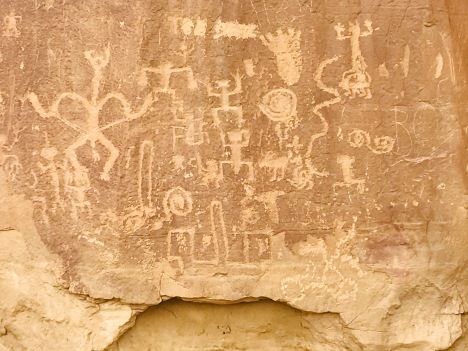 Chaco is a reminder of what a difference a politician can make. A few years ago, the federal government opened the area around Chaco to fracking and oil drilling, threatening the land and the ruins within and outside the park, all of which remain sacred to the tribes in the area. Fortunately, as a member of Congress, Deb Haaland (who was confirmed as our new Secretary of the Interior on the day of my visit), negotiated legislation to impose a moratorium on oil and gas development near Chaco. But the fight isn’t over…. 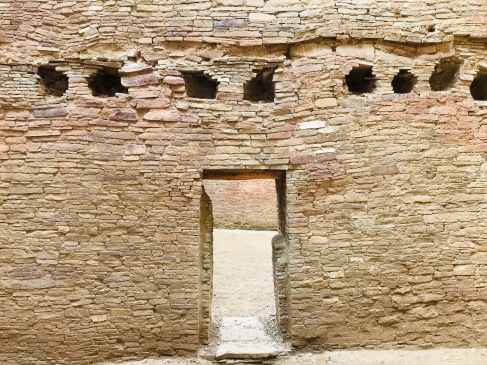 Chaco also reminded me of how our national parks and monuments have been designed to encourage us to enjoy them and learn from them. In Chaco Canyon, a one-way ring road allows drivers to visit key archaeological sites and explore the landscape. We are invited to walk through the ruins — into rooms, up and down original stairways, and to strategic lookouts. Trails are well-marked and, during normal times, a visitor center provides information, tchotchkes, and ranger tours. Lots of bathrooms.

I thought about this as I started down the jarring wash-board stretch of dirt road toward the highway, And I considered a very prosaic question that all Chaco visitors must ask themselves. With all of the user-friendly features inside Chaco Canyon, why is the road to Chaco Canyon still unpaved? The road is surely a deterrent for many who would otherwise visit this remarkable place, as it almost was for me. Oh. Right…. 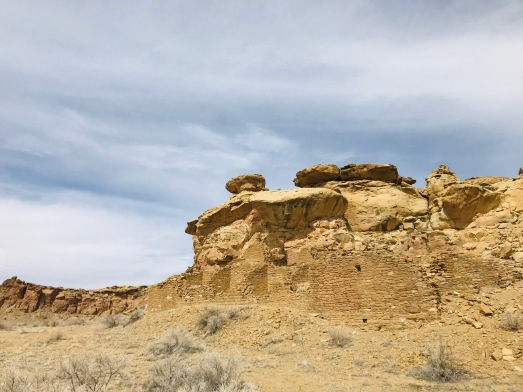