And while it’s encouraging to see what’s happening in the streets, it’s frustrating to see what is happening in politer company. I see people of privilege using hope to avoid what is too painful to talk about, to avoid a deeper understanding of the trauma caused by the ongoing hate, to acknowledge that the people who are most able to do something are doing almost nothing.

I see ignorance among the educated, like the member of Congress who thought he was being fair-minded by saying Juneteenth is “important to the black community.” (Hint: Freedom is important to all Americans). And Joe Biden saying he won’t “defund” policing without even acknowledging what that might mean. (Hint: it doesn’t mean eliminating policing).

I see calls for social justice from people who have done little or nothing to support it, leveraging the moment for their political advantage or to feel better about themselves. Does Nancy Pelosi think she is going full solidarity by wearing kente cloth — which is from Ghana — to send a message to people who are 10th generation Americans? Does she think homicidal policing started last month? 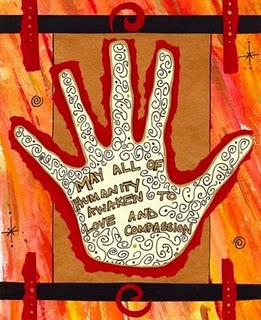 It doesn’t take courage to agree with most of the civilized world about the topic at hand. It will take courage to keep it up after the protests are over and we pivot to the next crisis, and it seems a few are on the horizon. How many of us are going to live what we now say we believe? How many of the privileged will instead go back to referring to our neighbors as “them” and trivializing other people’s pain?

And maybe it doesn’t matter because racism is more than how individuals treat each other, and ending it will require more than individual acts. That’s because racism is embedded in how the system works for some and not for others. It’s our economy, our educational system, our justice system, the way we treat the planet, our health care system, our national obsession with money and guns and wars. Until these things change, racism will remain. If we treat bad policing as the problem and not the symptom, we will have again squandered our values and our resources, and we’ll remain in the moral equivalent of hell.

Gabe played this song for me yesterday, and reminded me that it’s even more relevant today than when it was produced in 2003.