Part of the mosaic wall near the top of St.Peter’s dome.

A trip to Italy would not be complete without a visit to the Vatican, St. Peter’s Basilica, and the Vatican’s amazing museums exhibiting art and artifacts from around the globe.  Avery, Bella and I spent our last day together in this home of the Catholic Church and the smallest country in the world.

Few people in the history of the world have a photo of themselves in front of St. Peter’s ALONE. We visited just before the sun went down, which was apparently the witching hour for the 80,000 tourists who were there a few hours earlier. Or a witch hunt, I dunno.

A refreshing moment at the Fontana del Tiares at the edge of the plaza.

When we arrived late in the  afternoon, we had lunch at a sidewalk cafe and then took a walk around St. Peter’s Square. Since our hotel is in Vatican City and the food is two blocks away in Rome, Avery kept track of how many times we traveled back and forth between two countries.

We had tickets for the museums the next day. Buying them online meant we didn’t have to wait two hours in the sun with 5,000 other people. We were in the museum within about ten minutes. With about 5,000 other people. A day is really not enough to see everything that is important there but here are a few of our favorites.

Arnaldo Pomodoro’s “Sphere Within Sphere” is an imposing contrast to the museum’s stately architecture and a real crowd-pleaser.

The map room is longer than a football field and lined with maps of the Italian regions in the late 16th century.

Everyone knows the British Museum houses a lot of pillaged Egyptian antiquities but I was surprised at the large collection in the Vatican. This mummy had hair.

The museum has a large room of giant, very playful Matisse pieces that make everyone look backlit.

Another bit of whimsy you don’t expect from popes, the pinecone is an ancient Roman sculpture that is displayed in the courtyard between two bronze peacocks.

The Bramante Staircase, designed by Giuseppe Momo in 1932, is a double helix and another favorite of visitors and art experts. It turns out you can skip really fast around corners with the help of gravity.

After following a throng of people for more than an hour through the museums, we arrived at the Sistine Chapel (Avery: “It seems people are not here to see the stuff in the museum but to get through the crowds.”) It’s impossible to capture the splendor of Michelangelo’s frescoes on the walls and ceiling of the Sistine Chapel, especially if you are relying on your own photography since visitors may not take photographs in the chapel. Here are a couple of photos that obviously aren’t mine because after using Vic’s Panasonic Lumix with the Leica lens, which is at home, I realize how much my iphone 5 camera sucks. 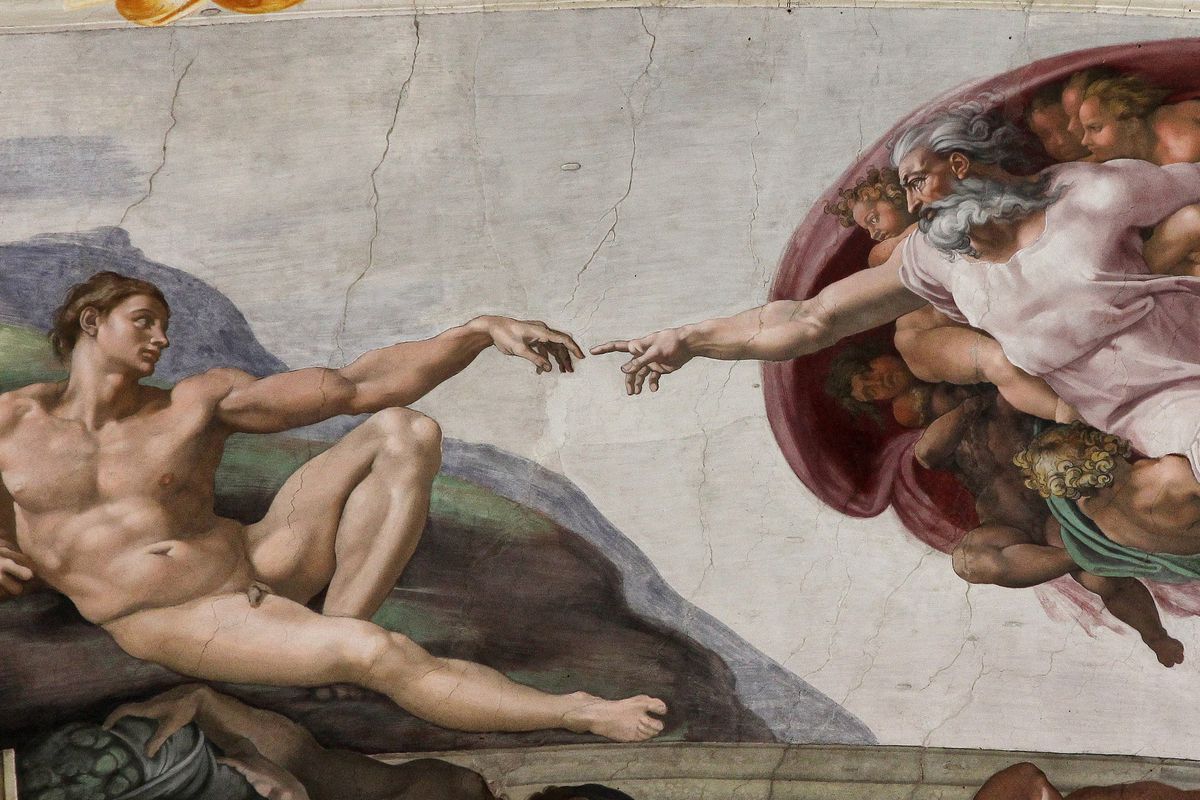 And how, you may ask, did the Catholic Church get a hold of all of that stuff?  Egyp

tian, Assyrian, Matisse, Greek, pre-Christianity Roman….My research didn’t enlighten me. But the Vatican Museums are surely among the most fun in the world, which I didn’t expect!

So fun in fact that Avery and Bella decided to collapse in our hotel room for the remainder of the afternoon rather than follow me to St. Peter’s Basilica. It turned out to be an easy adventure because that late in the day I didn’t have to wait to buy tickets for the elevator up to the dome. However, I had forgotten that there are 220 steps to the top after you get off the elevator. But I did the steps to the top, and then walked down the 551 steps to the bottom to console myself that I have gained in determination what I have lost in strength and stamina. Along the way, I saw Michelangelo’s Pieta, the giant mosaics of the dome’s interior, and part of evening vespers looking down into the giant, remarkable church sanctuary.

My legs and feet hurt tonight but totally worth it! 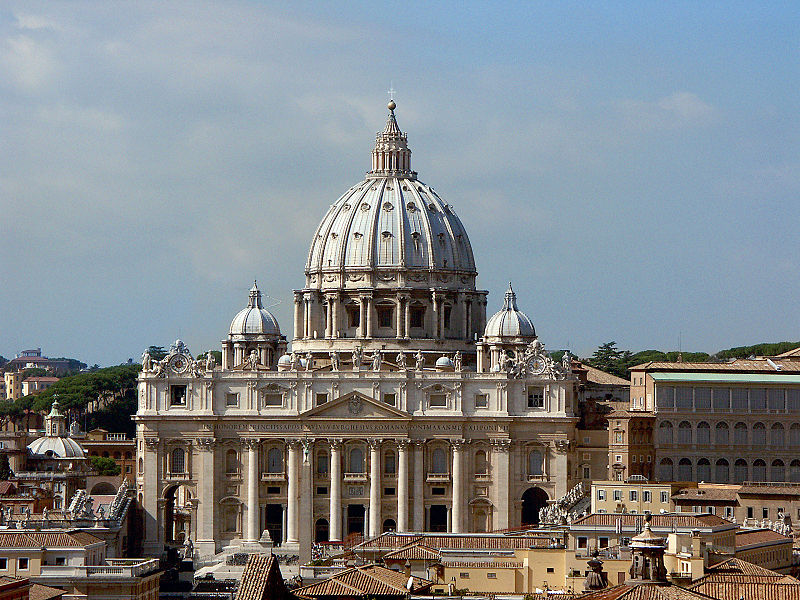 Not my photo either and probably subject to copyright restrictions….