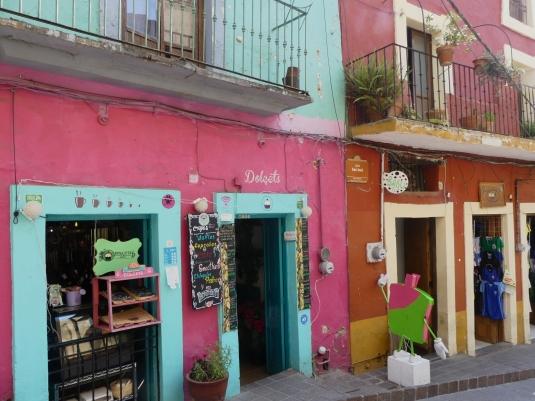 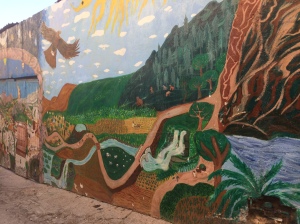 The mural on the wall of mi casa. 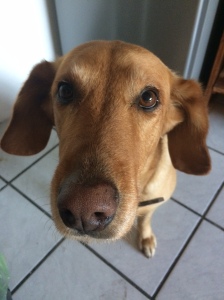 When the roosters sound the alarm a few hours later, I get up to make breakfast for the only barrio dog who didn’t bark at 3am, my hostess, Folly.

This is Guanajuato, Mexico, which means the “place of the frogs,” so named by an ancient local tribe because, well, there were a lot of frogs here.

Guanajuato is charming and touristed but more Mexico than its better-known brother, “Miguel,” the haven for retired Americans an hour’s drive east. 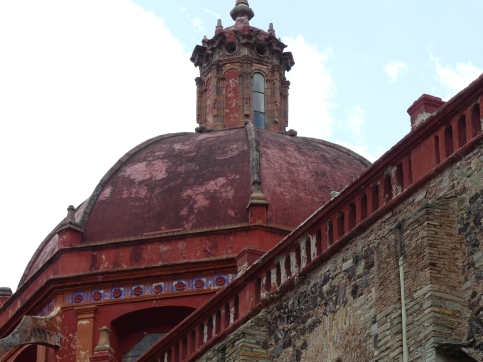 The churches here are stunning and the colonial-style houses are famously orange and pink and turquoise, perched along the hillsides on winding cobblestone streets. 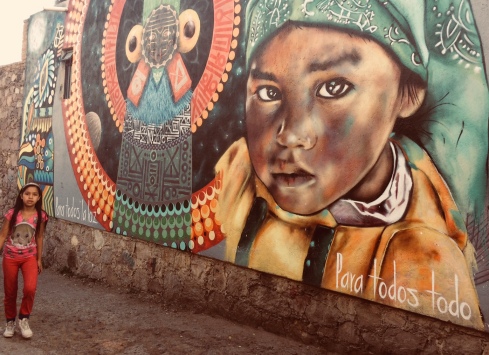 Mural in my neighborhood

I came to learn Spanish and write but I am also enjoying the town’s history, culture, and easy way of life. 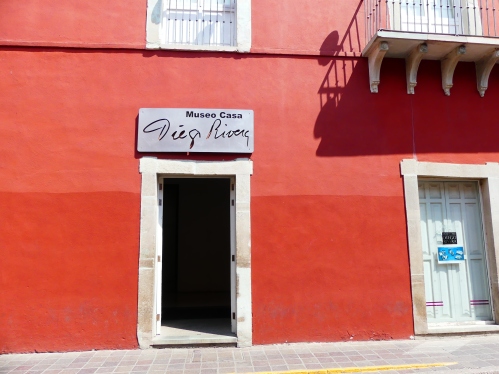 Diego Rivera lived here in a house that is now a modest Museum. There is a museum of old and new art that honors Don Quixote. 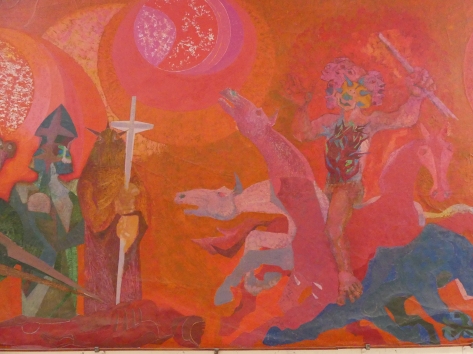 This depiction of Don Quixote, who famously tipped at windmills, is a tribute to Mexico’s fight for independence.

There is a university in the center and a lot of interesting detail around every corner. Tacos are a thing and the coffee at Conquistadores Cafe is fantastic. 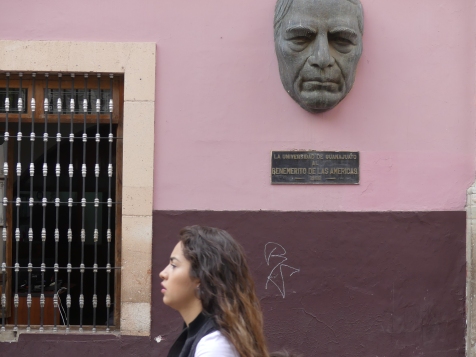 My dad always wanted to visit Guanajuato and for many years the city has had a place in the folklore of my family.  In 1963, the city fathers of Guanajuato visited Claremont, California, where my dad was then city manager. During this visit, my dad proudly showed off his city and, before his new Mexican friends left for the airport a few days later, my dad gave a farewell speech in the park next to City Hall.

“Tienen buen vieja,” he said to them with his usual warmth and sincerity. His Spanish wasn’t very good but they knew what he meant. 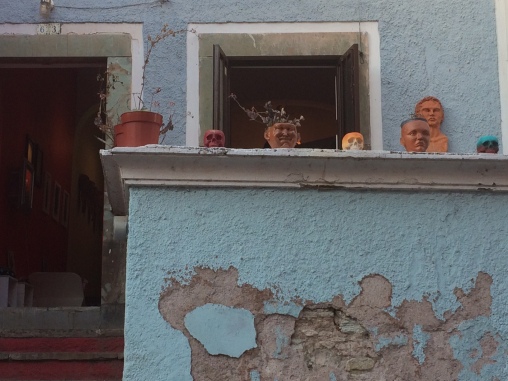