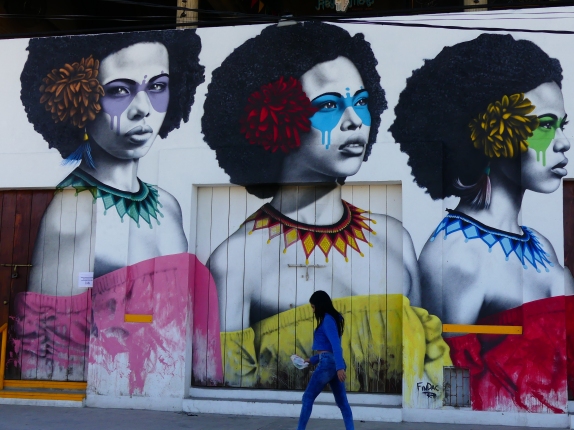 Cartagena is a dream vacation spot on Colombia’s Caribbean coast. The old town is a maze of narrow streets lined with colorful colonial-style houses, shops and hotels. Vendors sell fresh fruit and Panama hats on every corner. Horse-drawn carriages breeze by the neighborhood’s many plazas, where musicians and dancers perform. Most of the music is Afro-Caribbean, a reminder that this was once a busy port for the slave trade. 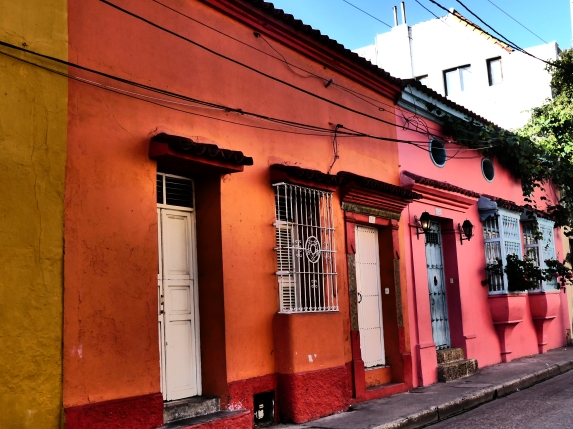 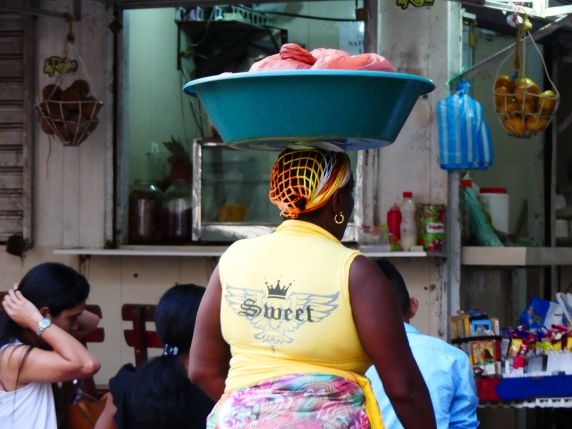 Stopping for a snack 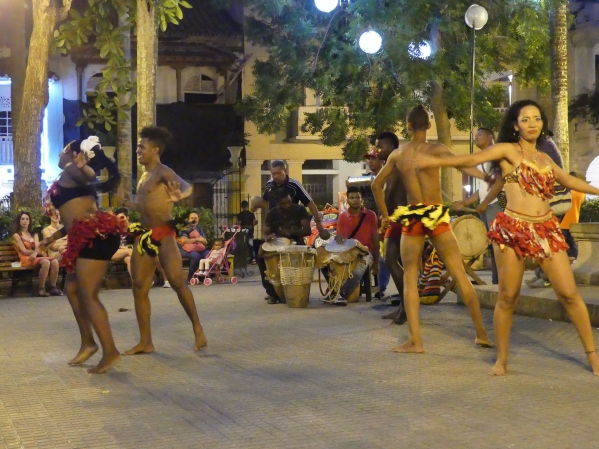 As the local economy builds a head of steam around tourism, high rises are being constructed just outside the ancient walls of the old city.  The low income barrio called Getsemani has been especially affected. Many residents have had to leave to make way for new construction. Others have circled the wagons around their community, which is full of low key cafes, galleries and, increasingly, street art. 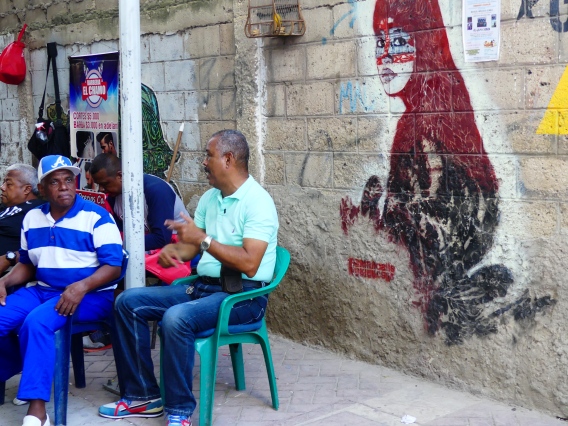 Our tour guide, Daniel, tells us artists have come from all over the world to paint the walls in this neighborhood and, as always, the art tells stories of the past and future of the people here. 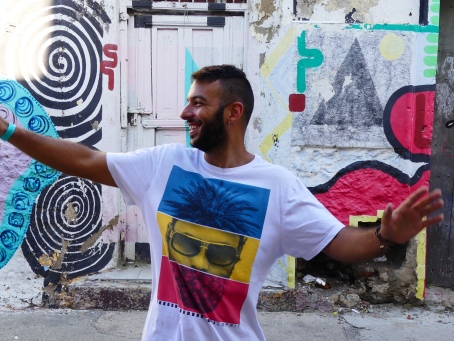 Daniel looks like Sayed’s the little brother and has the same kind of charisma.

Outdoor hair salon in an alley of painted walls 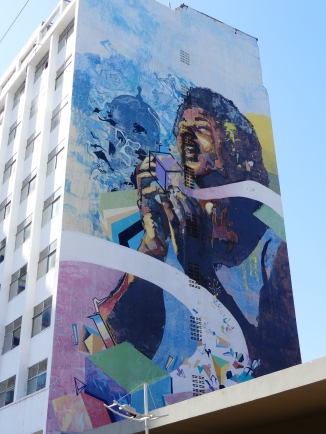 In the morning, we walked along the wall that protects the city from invasion by the British and sat on a bench with our coffee, watching the waves slam into the breakwater.  We have had amazing dinners of sea food and mojitos that end with gelato and the sound of Caribbean drumming. Cartagena es caliente!