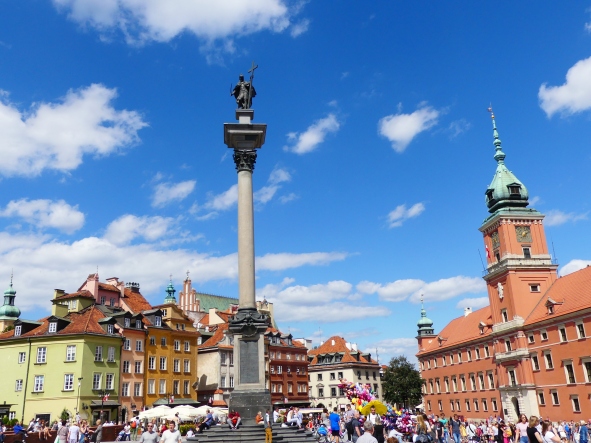 Warsaw’s main square. On top of the pedestal is King Zygmund who was not very good. Used his position to enrich himself. Sad.

Haha.  The title is a pun. Does anyone know what the Warsaw Pact is?  In case you ditched class that day (Kathy), it was the alliance of the Soviet Union with its satellite states, including Poland. Signed in 1955, the purpose of the Warsaw Pact was to defend its member states against the US and Europe, which had its own alliance, NATO. The Warsaw Pact dissolved in 1991 and Poland has been a member of NATO since 1999. I imagine that rankles a certain somebody in Moscow. 🙂

Old Town is an elegant replica of its 18th century self.

Warsaw, Poland’s capital, is a lovely city set along the Vistula River. It is famous for producing at least three geniuses: Chopin, Marie Curie and Copernicus.  It is also famous for having been almost completely destroyed by Hitler’s war machine after the people of the city rose up against the Nazis in 1943. By then, the Nazis had exterminated more than 300,000 Warsaw residents. In the first days of the Warsaw Uprising, the Nazis killed more than 60,000 Poles.  This historical period is depicted in the excellent movie, “The Pianist,” based on a true story.

Incredibly, after the war, the people of Warsaw completely rebuilt the city, including a replica of Old Town as it was in the 18th century. Since there were no photographs from that time, architects studied paintings.  You would not guess most of the city was built after 1960. Tourists love it and Old Town is as busy as Disneyland.

Mural of the Nazi terror in front of a restored Catholic church.

Today is a Catholic holiday, The Feast of the Assumption of St. Mary. Poles are very Catholic. This woman is selling flower wreaths for worshipers to take to church. 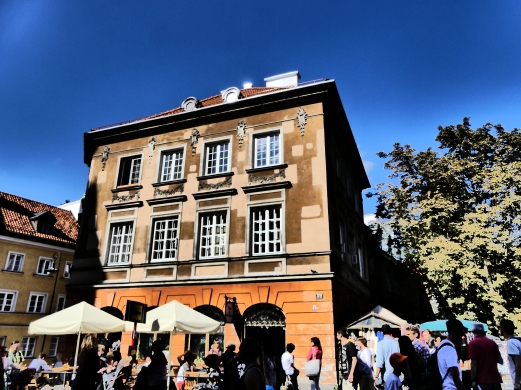 A Milk Bar in Old Town, which serves basic Polish food for very low prices. Milk bars have their origins during the Soviet era when the state sold subsidized food in modest cafes. 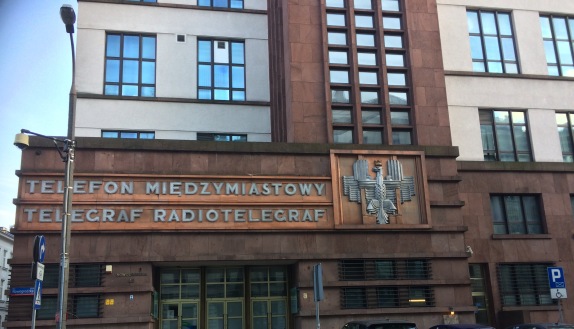 I couldn’t find any information about this classic building near my hotel but I assume it is Soviet. The emblem on the right is a white eagle, Poland’s national symbol.

Warsaw packed?  I came up with this terrible pun zipping up my suit case.  I am on my way to New York City.