Mongolia is not generally known for its art or design.  But there is so much here that is beautifully evocative of the country’s land and its people. Mongolian art and design are influenced by the country’s historic relationships with other parts of Asia, including India, China, and Tibet.  The complement is also true — Mongolia has influenced the art of many other Asian regions.

Here are some of my favorite examples of Mongolian style. 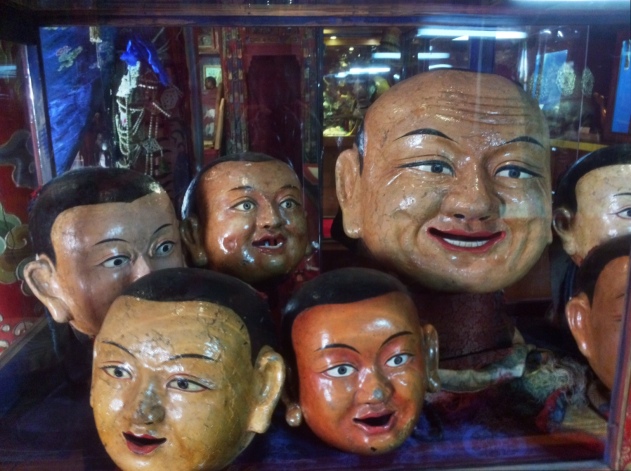 A collection of heads at the Choijiin Lama Temple in Ulaanbaatar. 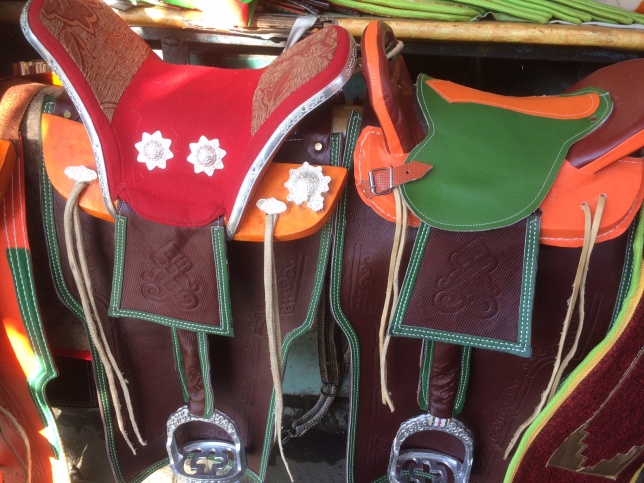 Colorful (and, for non-Mongolian riders, very uncomfortable) Mongolian saddles at the public market.

Painting at the Modern Art Museum in Ulaanbaatar — horses remain an important theme in Mongolian art.

One Thousand Buddhas of the Good Aeon — 20th century art in the Zanabazar Museum.

The gold symbol in the center is Mongolia’s national symbol. It depicts the sun, the moon, the earth, and the nation’s strength.

Inside our ger at Lapis Sky camp. Mine is the bed that is unmade.

The sacred hand-prints of Zanabazar, Mongolia’s revered scholar, religious leader and artist from the 17th century

Golden eagles, symbols of power and well-being, are prized in Mongolia. The Kazakhs in the western part of the country are the last known people to hunt with them. 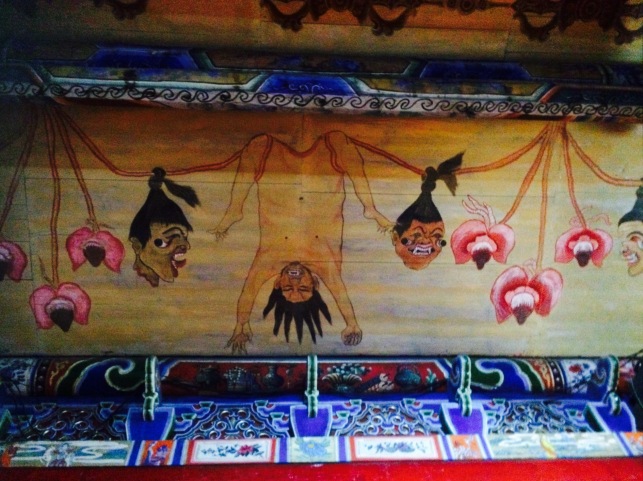 Detail of wall at Choijiin Lama Temple in Ulaanbaatar. Buddhist teachings say Buddha will go to “Naraka” (hell) to save the souls there — an example of his Great Compassion.

Horsehead fiddle player at Lapis Sky Camp — accomplished at 18. Traditional music is very important in Mongolia and it seems everyone either sings or plays an instrument. 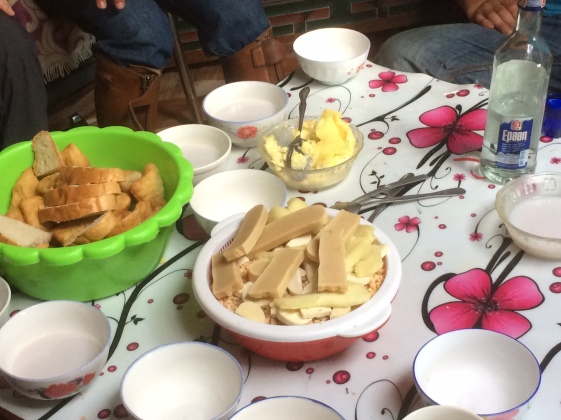 An array of handmade cheeses and butter and milk tea. Not design in the traditional sense maybe but a common presentation in the gers at mealtime. Therefore, design. 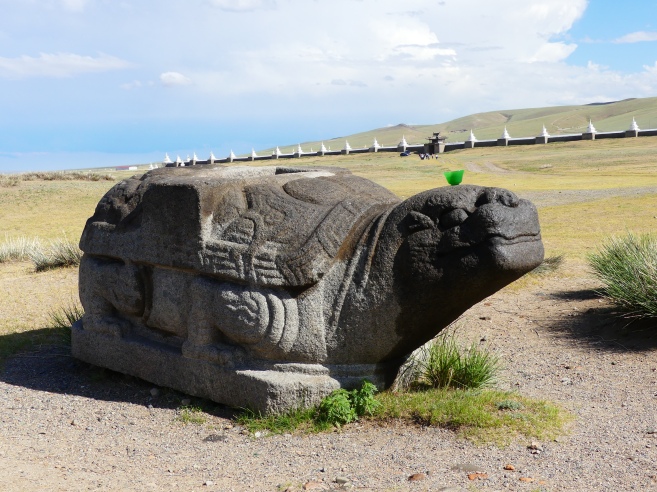 Stone turtle from the 13th century. Mongolians believe the earth rests on the back of a turtle, which rests on top of another turtle and so on forever. 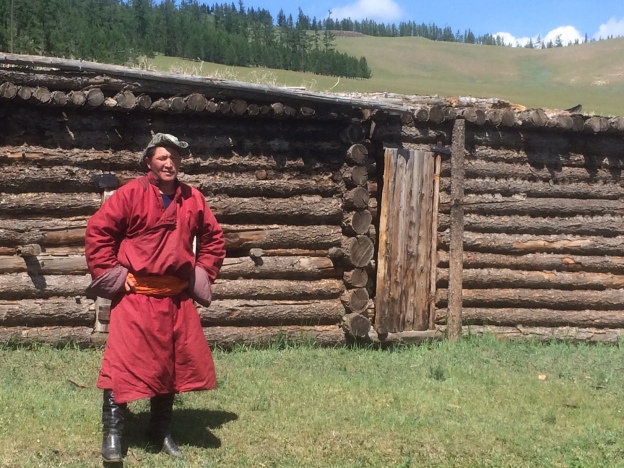 Horseman Nima in his riding “deel,” traditional dress in central Mongolia. It serves as a backpack as well. Nima is standing in front of an animal shelter at a traditional nomadic winter camp.

Ceiling of our ger at Lapis Sky Camp. The blue scarf is a khata, symbolizing compassion. It is blue to represent Mongolia’s Eternal Blue Sky. 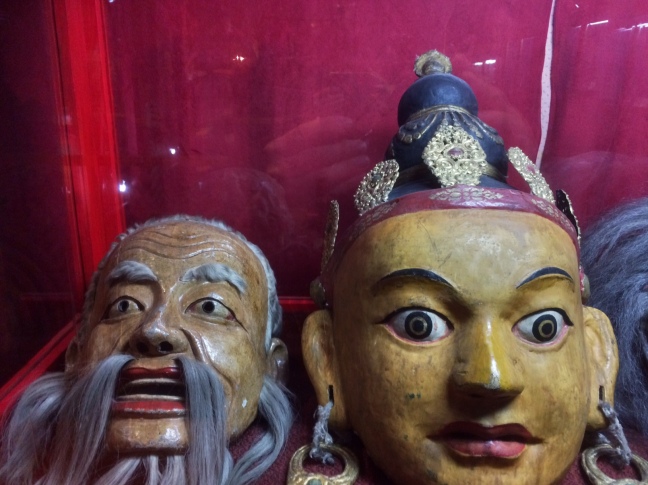 Narhajid Monastary for women monks in one of Mongolia’s Buddhist sects. If you google it, you might not be allowed on the plane.

Angel who sang for us at Lapis Sky Camp.

Conquering the world on horseback is easy; it is dismounting and governing that is hard.