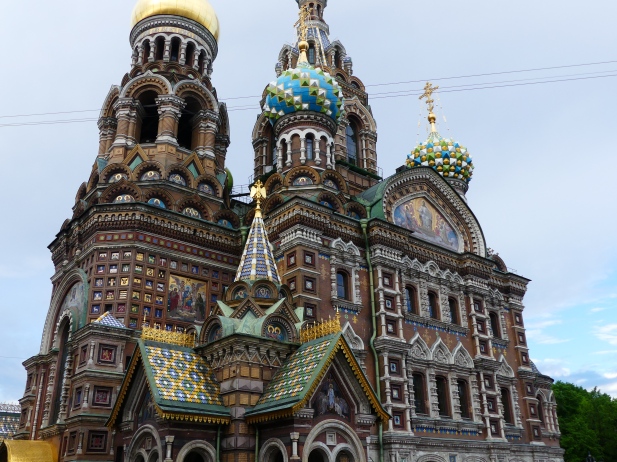 Church of the Savior on Spilled Blood

I am spending the week in beautiful St. Petersburg, Russia. It is a city designed by and for royalty, full of large palaces, giant churches, gold spires, and grand boulevards.  The feeling of the historic center is formal and aristocratic, and the city seems all about the buildings. No graffiti or garbage or village dogs. Still, there is charm. Boats run up and down the Neva River and along tiny canals through the center. The perfume from giant lilac trees drifts through stately public squares.  There is also a lot of gorgeous detail if you are able to pull yourself away from the architectural drama. 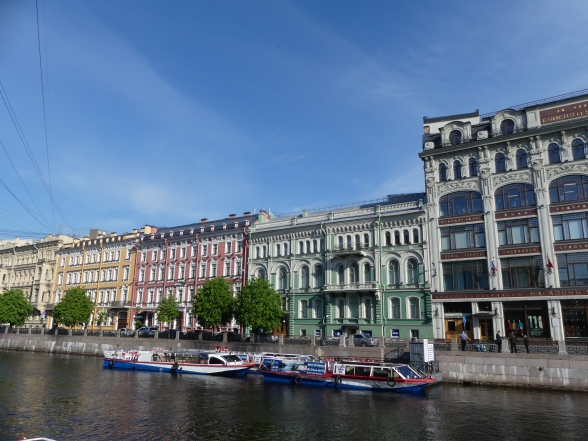 For centuries, St. Petersburg was the center of Russia’s dramatic history.  It was the seat of power for the city’s namesake,  Tsar Peter the Great, who pursued Russian greatness by transforming government in the late 17th century and then conquering a lot of Europe, which became the Russian Empire.

The front of my hotel is typical of the architecture in the historic center.

Two hundred years later, the city’s other namesake, Vladimir Lenin, staged a revolution here (with a few of his friends) on behalf of the country’s working poor and became the first leader of what eventually became another empire, the Soviet Union.

After the collapse of the Soviet Union in early 1990s, the country embarked on what was for many a traumatic — and for others an incredibly lucrative– transition to the current mixed economy.  (For a moving account of how the transition from communism to the new economy affected actual Russians, I highly recommend Secondhand Time by Nobel Prize winner, Svetlana Alexievich). Leningrad went back to being called St. Petersburg, and the city is no longer a center of power, but instead the center of the country’s tourism, largely as a result of the cruise ships that come in through the Baltic Sea. And wow, there is nothing like being surrounded by 700 people with cameras in every palace, church and grand boulevard to make you appreciate the parts of the city that aren’t so imperially grand. 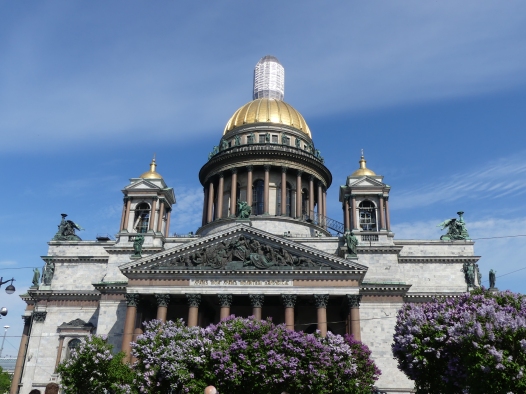 The General Staff, which is impossible to appreciate in a photograph.

My moment with a small detail. I interpret it to say “This way to the flying garlic.”

The month of June in “Piter” is called “White Nights” because the sun doesn’t set for more than a few hours each day.  During this time, the city celebrates the return of the light and warmer weather with special performances, partying and events that gone on through most of the night.  I haven’t been able to enjoy this kind of fun so far because I have been involuntarily sleeping a whole lot.  (Travel tip:  Don’t take melatonin for jet lag when you are in a new city you really want to see.  It’s over the counter but it packs a wallop.)

Although I haven’t been to any late night parties, I have been to the city’s famous museum, the Hermitage, which houses more than a million works of art and artifacts.

This is just a small corner of Peter the Great’s Winter Palace, the Hermitage. You get a sense of why the lumpen proletariat might have been motivated to revolt in 1917. 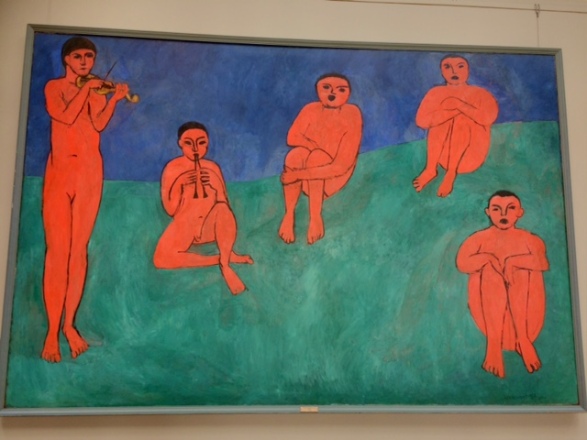 My new favorite Matisse painting, “Music,” which covers most of a large wall at the Hermitage.

To my surprise and fortunately, Russian cuisine is no longer just sausages and beef stroganov. The young people here have started up a lot of cool cafes and bars that feature fresh foods and vegetarian options. A group of young people also own and manage my hotel — an excellent hostel with private rooms as well as dorms and lots of  communal space.  I am about twice as old as most of the employees and guests but it is a comfortable place for everyone. The hostel is called “Soul Kitchen,” which means I now have an ear worm in addition to tinnitus. 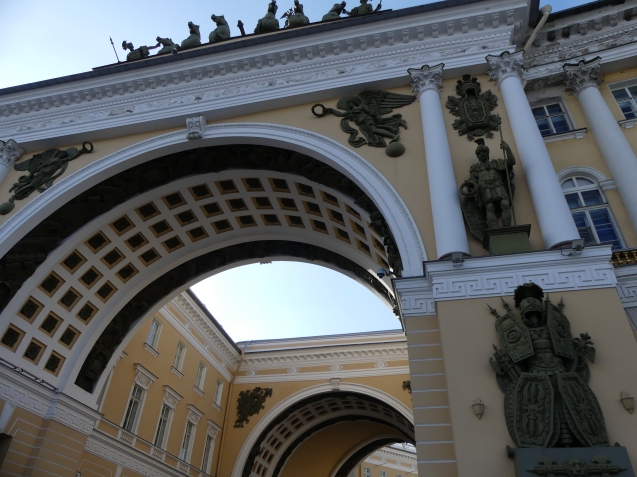 Whoever does not miss the Soviet Union has no heart. Whoever wants it back has no brain — Vladimir Putin

If you chase two rabbits, you will not catch either one —  Russian Proverb.