When someone asks me what I do for fun, I usually don’t mention that I play bridge.  I mention travel and writing, horseback riding and hiking, hanging with friends and family.  If I told them I played bridge, they might think that I am old and frumpy, which I kind of am, and that I am not very cool.

But it’s time for me to stand up for my beliefs. I am coming out of the closet to say that bridge is cool.

I learned the basics from my parents when I was 14 and I have probably played 10,000 hands since then. More.  And I am still figuring it out.  Bridge is so complex, it has been the subject of research in the field of quantum mechanics. https://www.wired.com/2014/06/bridge-quantum-mechanics/     The players who understood the connection between bridge and quantum mechanics didn’t want to use quantum mechanics to gain an advantage.  Their goal was to get international bridge officials to amend the rule book to explicitly prohibit the use of quantum physics during play. What other game or sport can boast that kind of rule?

Bridge has a reputation as a game for the frail and the genteel, but actually most players are wickedly competitive. When I started playing at a club in Marin County a couple of years ago, one of the directors warned me “Most of the people in our club are so old you will think you have an advantage.  Don’t fall for it. They’ll skin you alive.”

Even my polite-to-a-fault mother was cutthroat when it came to her bridge game.  At aged 82, she told my sister she had a free afternoon because her bridge partner had died the day before. Expressing sympathy, my sister responded  “Mom, it must be hard to lose 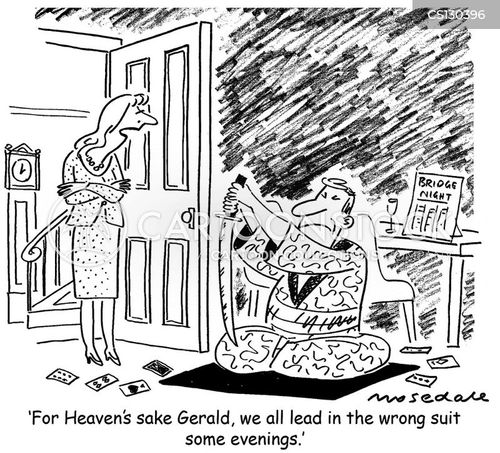 your friends like that.”  Without a pause, my mother replied,  “Not really. She wasn’t a very good player.”

Part of the allure of bridge for older people — besides the fact that it is a perfect game for people who have a hard time seeing, talking, hearing or moving —  is that you can actually feel your brain at work almost the way you can feel your sinuses clear after a dose of benedryl. Did you make an extra trick?  Enjoy a brief chemical high from the shot of serotonin to your brain. It is also a perfect game for the grumpy: your partner will never let you down if you need a reliable source of disappointment.

Since its creation almost 100 years ago, bridge has become a multi-million dollar business.  The world’s best players can make small fortunes at international tournaments. This has lead to the unthinkable in the world of bridge:  cheating.  In bridge, it’s easy. A blink. A pause. A sniffle. Anything can b

e a signal to your partner about the cards you are holding. A couple of Norwegians rocked the bridge world a few years ago by accusing a couple of world class Israeli players of cheating.  (And guess who reported the story?  Rolling Stone.  More evidence that bridge is cool!  http://www.rollingstone.com/sports/features/tricks-tics-and-taps-the-cheating-scandal-rocking-professional-bridge-20160309)

Unfortunately, bridge may be going the way of most of its players.  The number of adults playing has declined dramatically in the past 50 years and few young people are taking it up.  It is a slow game that requires at least four players competing with electronic games that provide immediate gratification, require no planning and may be played while you walk to your 3rd period class. For those who prefer technology, there are online bridge games where you can learn the rules, play with robots or join real people from around the world.  I met my real life bridge partner online. He is a way cool San Francisco resident and, now, a very good friend.

So if you looking for a way to have stave off dementia between your trips to Burning Man, learn bridge.  But maybe don’t go to a tournament wearing a shirt that shows off your tats.