This morning I walked up the street three blocks to see the damage at a squat called Notara 26. Last night it was set on fire with 120 people inside, among them, a large number of children.  When I arrived, residents and volunteers were throwing burned debris out of second story windows and hauling buckets of ashes to dumpsters. The bottom two floors are gutted.

When I asked where the residents would be sleeping tonight, a young man said they will be able to sleep on the top floors.  People escaping the terrors of war will sleep in a building set on fire the night before. 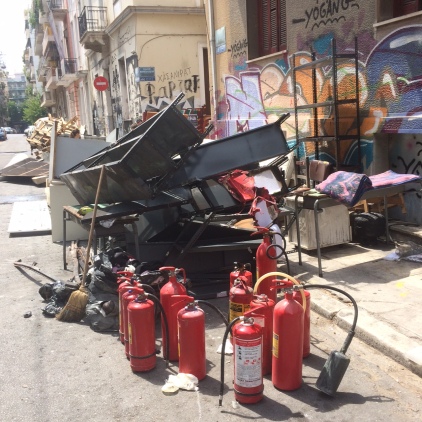 When I was there at 11am,  there were no firefighters investigating the source of the arson, no police investigating this crime of attempted murder, no journalists with cameras or microphones.  No headlines in the local paper. No neighborhood outrage.

Just people in t-shirts and flip flops throwing debris out of second story windows and hauling buckets of ashes to dumpsters. 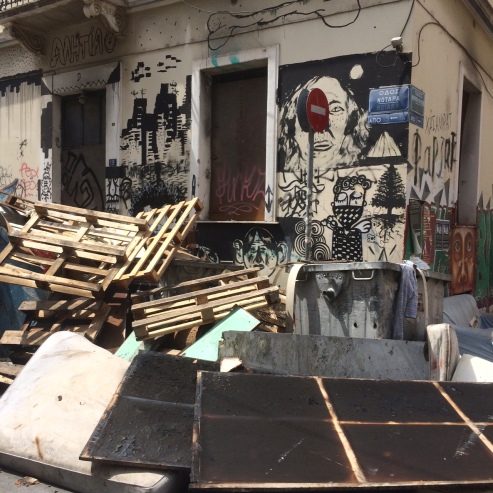