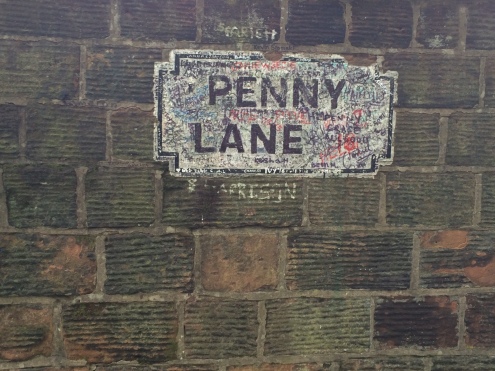 One Sunday evening when I was ten, my dad turned on the TV and asked me to watch the Ed Sullivan Show with him. He said if I did, I would see something important.  My dad didn’t normally encourage his children to watch TV and, when he said something was important, I believed him.  His cultural acuity gave me a wonderful memory — sitting on the floor in front of a black and white television set watching the Beatles’ first performance in the United States. 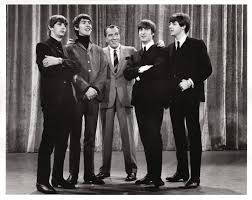 “I remember earlier that day, a kid on a bike passed me and said, ‘Hey, the Beatles are on TV tonight.’ I didn’t know him, he didn’t know me, and I thought to myself, ‘This means something.'” Tom Petty.

The world changed a little for me that night as it did for so many. After February 9, 1964, I saw the Beatles in concerts twice, learned a lot of Beatle trivia, and memorized almost every word of almost every song. There are probably not four people who more profoundly influenced 20th century American culture than the Beatles —  musical innovation, politics, philosophy and of course hair styles. Timothy Leary said “The Beatles are mutants, prototypes of evolutionary agents sent by God, endowed with a mysterious power to create a new human species, a young race of laughing freemen.”

All four Beatles grew up in Liverpool and began their musical careers there.  Liverpool is on England’s west coast, about half way between Dublin and London. Since I am traveling from Dublin to London, it made sense to stop there  and I did.

As you can guess, Liverpool is a very proud of its connection to the Beatles and it knows why you are visiting. 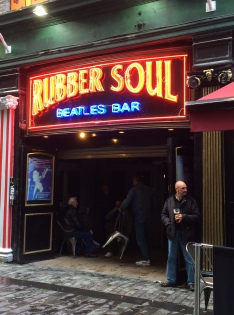 Because I wanted the stories as well as the, er, visuals , I went on a Fab Four Tour with Eddie, who knows a thousand good stories. 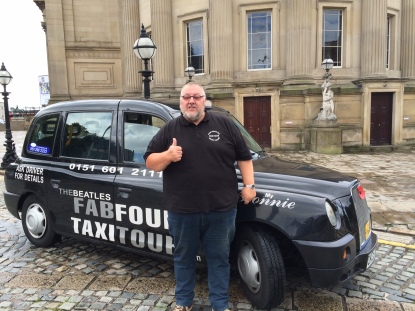 Here are a few of the highlights of my morning with Eddie and some songs too.

Ringo’s childhood house — now part of a neighborhood that has been vacated for “redevelopment.”

The wall of the house across the street from Ringo’s childhood house. If you look carefully, you can see the residents were big fans. 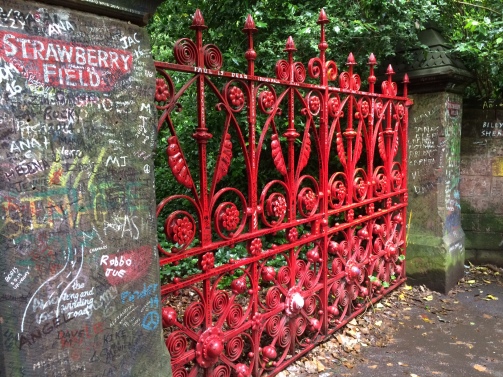 Strawberry Field was really a field of strawberries at one time. It eventually became the grounds of an orphanage.  John Lennon spent a lot of time at the orphanage inside these gates because he identified with the children:  his mother dropped him off at Aunt Mimi’s when he was 8 because his new stepfather didn’t want him.

Where John grew up with Aunt Mimi. Yoko Ono bought the house after John’s death and donated it to the National Trust.

Yesterday and today.  The photo on the left is the album cover for Ringo Starr’s first solo recording.  On the right is The Empress Tavern today.  Ringo chose the building for his album cover because it is the pub that is closest to his two childhood houses. I don’t know why this building only takes cockeyed photos.

Paul McCartney wrote “Penny Lane” about his Liverpool neighborhood. as a complement to John’s “Strawberry Fields.” Here is where  “the barber shaves another customer.”

Eleanor Rigby’s gravestone is in the churchyard where John and Paul met. John spent a lot of time hanging out here as a teenager. Eleanor Rigby was “buried along with her name” — that is, her maiden name is carved into her gravestone rather than the name she took when she married Thomas Woods.

If you are older than 60, turn on a Beatles song and see whether you aren’t transported to a time and place of really good feelings.  Same if you are younger than 60.