Street art has become a kind of big deal in some cities. It is an early stage experiment in some places, like Bangkok, and an integral part of the architectural landscape in others, like San Francisco’s Mission District.

I am always on the look out for public art when I travel because it says so much about a city’s spirit and self-image. Just for example, in Buenos Aires, street art has exploded since Argentina’s Dirty War ended in the 1980s, expressing the City’s artistic freedom and the creativity of a thriving youth culture. 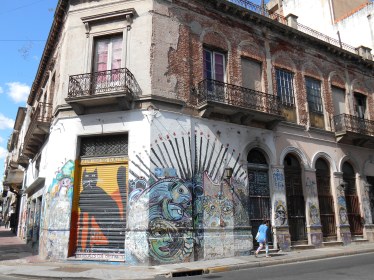 The street art in Kuchin, Borneo is evocative of traditional Malay culture, and it is kind of shy and unassuming like the city itself. 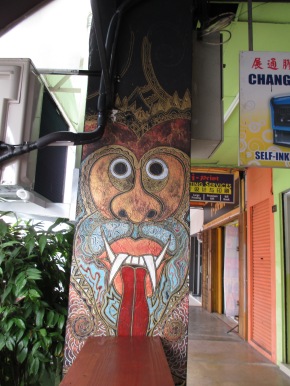 Closer to home, Oakland’s street art is a beacon of its new-found hipness. In case  you have missed the Big News, there is plenty of There There in Oakland these days.  Oakland is so cool, the New York Times called it “Brooklyn By the Bay” — quite a compliment even if it is packaged in New York’s usual self-referential style.  http://www.nytimes.com/2014/05/04/fashion/oakland-california-brooklyn-by-the-bay.html?_r=0 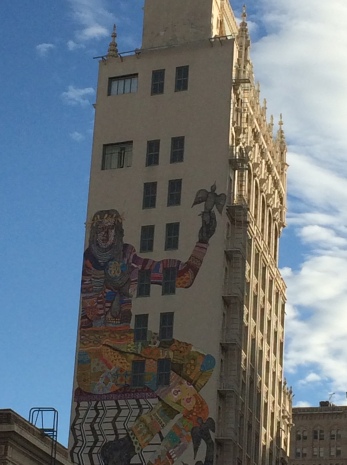 How did Oakland get critical mass after so many years of sluggishness?  Plenty of credit goes Oakland’s former mayor, Governor Jerry Brown, who worked hard to kick start a revival of Oakland’s downtown with innovative housing projects and incentives for business development. The Mayor’s timing was good. The Google crowd needed a Second City as San Francisco’s housing prices skyrocketed and a lot of young people migrated east.

Downtown Oakland’s street art was getting traction at about the same time and represents the city’s political energy and diversity.  The most dramatic murals downtown depict people, and are as gritty and as unsettled as the City itself.  Although downtown has become a regional ground zero for innovative eateries and watering holes that cater to the IT youth culture, Oakland continues to struggle with crime, racism, food deserts, and failing schools. 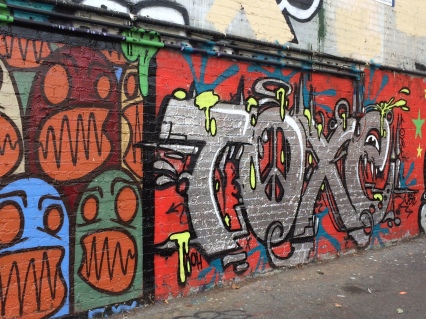 The murals also suggest Oakland’s obsession with social justice.  While the affluence in San Francisco has spawned more conservative urban politics, Oakland is so far sticking to its left wing sensibilities.  Local activists have been consistently successful in engaging communities of all colors and stripes on local issues, like the fight for justice after local police shot Oscar Grant. Oakland’s Congressional representative, Barbara Lee, was the only “no” vote when George Bush asked for unilateral authority to wage war on Iraq, and her elect-ability is never in doubt.

Although Oakland may become gentrified, the message of Oakland’s street art is “we are still Oakland.”

For those of us who have been Oakland boosters for 30 years, this is all great news even if it comes with some predictable consequences, some of which are personal. After returning from six months of travel in March, I spent weeks looking for affordable housing in Oakland and, ironically, ended up in a tony neighborhood in Marin County.

Phoenix Lake is as close as it gets to street art in my Marin County neighborhood. It is beautiful, peaceful and I will be looking for housing in Oakland again when my lease is up.