When I left my home in California in August, I told myself I would be disappointed if I didn’t somehow change in four months.

I don’t think I have changed but I am not disappointed. I haven’t had any epiphanies about my life and I don’t know what I will do next.  But I am happy, and tonight I am thinking about my good fortune in the San Francisco hotel where my brother worked 30 years ago.

I had four months of magic, learning, loneliness, surprises, laughter and frustration.  I met all kinds of people, lived like a princess at times and walked through sewage at others. I visited places with wildly different cultures that have a common humanity and the same dreams.  I saw natural wonders in the desert, the jungle, the coast and in mountains. I missed my friends and family, and especially my Gabe.

Four months isn’t a enough time for nine countries and I am only beginning to understand how to travel to get the most out of the journey.  But four months was enough time to learn that my superficial observations have a deeper story, that I shouldn’t assume much.  Just for instance….

The woman in the bamboo hat selling fruit on the street in Hanoi —  She leaves her rural home 4 days a week and walks for 10 hours a day hoping to make $6 so she can afford to send her children to school.

The Palestinian terrorists in Israel —  The vast majority of Palestinians are honest, kind, hardworking people living in constant fear that the Israeli government will demolish their homes and force them to leave their communities.

Budapest’s hippest party neighborhood —  More than any other in Budapest, the neighborhood that witnessed tragedy and heroism during the Holocaust and the occupation by the USSR.

The bartender on the Halong Bay cruise ship — He has never tasted the wine he sells by the bottle because the price of one bottle is 20% of his monthly salary.

The elegant French woman in white silk at the community table in a funky Amman falafel joint —  After a career working for the United Nations, she volunteers her time to support the refugee camps along Jordan’s border with Syria.

Peace in Cambodia — Although the Khmer Rouge genocide ended in 1979, the western part of Cambodia struggled with civil war until the late 1990s and is still defusing live land mines, some that were manufactured in the United States

If you doubt that there is a DJ god, explain how Tony Bennett was singing his signature song when I turned on the TV in my hotel on my first night back in San Francisco.

I left my heart in San Francisco but I think my soul is Here, There and Everywhere.

“What you seek is seeking you.” 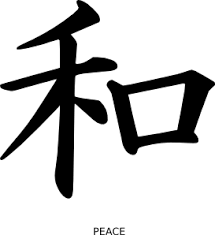