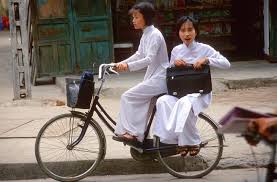 I still can’t download photos from my camera, arg. But investigating the problem with Chromebook experts helped me learn a little more about Vietnam.  Turns out there is nothing wrong with my laptop.  The photos won’t download because I am using an online application that the Vietnam government considers social media and those kinds of sites are blocked here.

For all of its capitalist-style commerce and openness and friendliness, Vietnam’s government retains a lot of centralized control. The Communist party has turned down the volume on ideology in favor of economic development, but it still places limits on political expression. 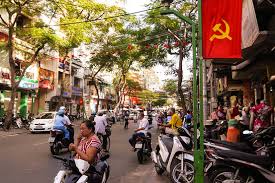 The Communist hammer and sickle is still in evidence in Hanoi.

Some related subjects came up during our bus ride yesterday to Halong Bay with our twenty-something tour guides who took the opportunity to explain some of the perspectives of young people about Vietnam’s future.  They believe their generation will eventually demand improved human rights and more open government. They said many young people believe the one-party system needs reform and has permitted corruption that does not serve the country’s interests.

One of our guides provided an example of petty corruption that affects many people. If you are pulled over by a police officer, your choices are to have your motor bike impounded until you pay a $50 fine, which could take weeks to process, or to pay the police officer $25 in cash that he will pocket.  As a result of this system, policing jobs are very lucrative and usually “sold” to affluent families. 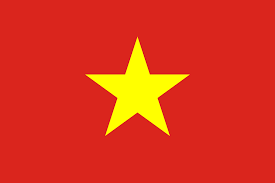 The five points on the Vietnamese star stand for the farmers, intellectuals, youth, workers and soldiers.

Of course, today’s Communist government evolved from a popular movement to free Vietnam from French and American imperialism.  It gained independence on the day the US left Saigon in 1975 and has been awfully successful at improving the country’s circumstances after 20 years of war. But young people have never experienced the kind of oppression their parents did and they know times have changed.  I heard similar sentiments in Cuba a few years ago and in Cambodia last month.

One thing that will always transcend the political winds is Vietnam’s natural beauty. We loved our two days on  Halong Bay, Vietnam’s answer to the Grand Canyon and Yosemite (and another UNESCO World Heritage Site

). The name means “descending dragons” and describes the 1600 “karsts” — limestone mountains–  that rise from the sea along this part of Vietnam’s northern coast. The bay is uninhabited except for a few very small floating villages.  We were on a small cruise ship that took us through the island inlets, and hiking through a spectacular cave.  The highlight for me was kayaking. In a kayak, you move so quietly and peacefully, which is the perfect way to explore mysterious Halong Bay. 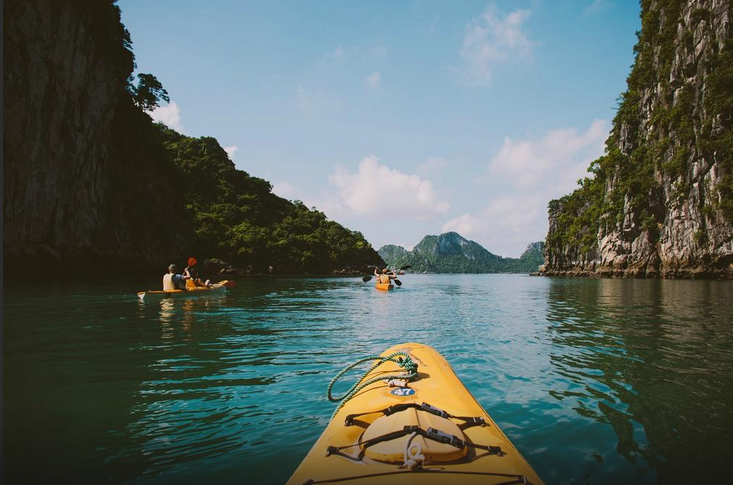 Tomorrow is my last day in Vietnam and the last day of the adventure I started almost four months ago.  On to the next adventure!

If you wish to make an apple pie from scratch, you must first invent the universe.