“The Tempest” by John William Waterhouse depicts Miranda watching the shipwreck in Act 1 of Shakespeare’s play.

In the Bay Area, it’s a great day to stay inside, and that’s what we were going to do anyway. It’s raining with wind, like this stormy time in our history, reminding me that I have wanted to learn about Shakespeare’s play “The Tempest.”  So I did some research and, as always, I found much more than I expected, including a poetic reference to a bat.

“The Tempest” is probably Shakespeare’s last play. It has inspired countless productions and works of art. Some of its phrases remain in usage today.

“The Tempest” is the story of Prospero, the Duke of Milan, who is exiled to a remote island with his 3-year old daughter, Miranda, and uses magic to regain his title from the brother who deposed him 12 year earlier.

The story begins with a tempest, conjured by Ariel, a magic spirit enslaved by Prospero. The tempest shipwrecks Prospero’s brother and his entourage who are returning to Italy from Africa.

Edmund Dulac illustration from a 1908 book of The Tempest

When the shipwrecked men arrive on shore, Ariel sings to the young Ferdinand to convince him that his father has drowned. He uses the phrase “Full Fathom Five,” which has been used for hundreds of years since to mean “deep in the ocean” and is the subject of many beautiful renditions of Ariel’s song, like this one. 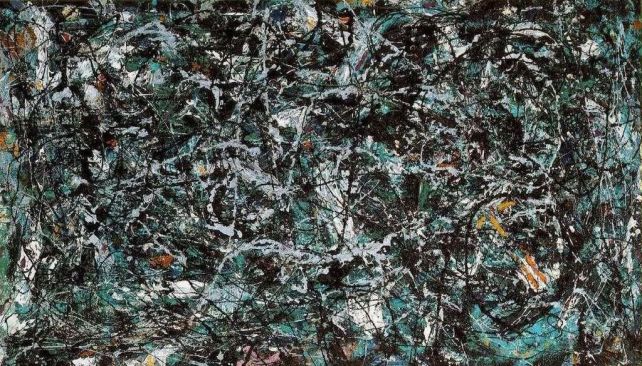 Ariel’s song also uses the phrase “sea change” to describe what happens to a drowned body– again, a phrase we have used ever since to mean a change that is dramatic or comprehensive.

When Miranda (which my Shakespeare-loving brother-in-law named his daughter) meets the men from the shipwreck, she is innocently delighted by them, exclaiming “O Brave New World that has such people in it!” Of course, Aldous Huxley would later borrow the phrase “brave new world” for his novel about a dystopia that many interpret as a continuation of the story in Shakespeare’s play.

What happens on Prospero’s island after the tempest eventually leads to the betrothal of Miranda to Ferdinand and their return to Naples. Prospero gives up his magical powers and recovers his authority as the Duke of Milan.

The Tempest is a story of the uses and abuses of power. It is considered a commentary on slavery and the subjugation by the English of island communities in the 17th century. The play’s island resident, Caliban, is enslaved by Prospero when he  arrives on the island, and throughout the play, Caliban’s role is prominent as he works toward his liberation. https://www.salon.com/2019/11/09/shakespeares-the-tempest-explores-colonialism-resistance-and-liberation_partner/

Caliban as depicted in Julie Taymor’s 2010 movie, “The Tempest,” which did not do well with the critics or audiences.

On the surface, the story resolves in favor of goodness, partly because Prospero chooses forgiveness rather than retaliation and frees those he has enslaved. But we are left with uncertainty. We don’t know how innocent Miranda adapts to her life in Naples, or how Caliban and Ariel fare after they regain their freedom. Although Prospero wins back his dukedom, we don’t know whether he will be able to reconcile his intellectual impulses with the leadership role he must assume in Milan.

In the play’s epilogue, Prospero’s admits, “Now my charms are all o’erthrown, And what strength I have’s mine own, Which is most faint.”

Shakespeare leaves us with an incredible gift at the end of the play: Prospero’s haunting, lyrical speech must be one of the most beautiful poems ever written.
But release me from my bands
With the help of your good hands:
Gentle breath of yours my sails
Must fill, or else my project fails,
Which was to please. Now I want
Spirits to enforce, art to enchant,
And my ending is despair,
Unless I be relieved by prayer,
Which pierces so that it assaults
Mercy itself and frees all faults.
As you from crimes would pardon’d be,
Let your indulgence set me free.