Barcelona, Spain, is my first stop on a four month adventure through Europe, the Middle East and Central Asia. Yahoo! But Barcelona….This delightful city is the center of Spain’s Catalunya region — historic, rich and proudly its own culture. The people here speak Catalan, a spin-off of Spanish, (but yes they also speak Spanish so my crude Spanish is useful but it’s Mexican Spanish so….) For many years, the Catalans have advocated for independence from Spain. This hasn’t been popular with the Spanish government, which last year convicted nine separatist leaders for sedition. https://www.theguardian.com/world/2019/oct/14/catalan-independence-what-is-the-story-what-happens-next

My BFF since 6th grade, Belle, is here with me. We only had three days in the city so we hit the highlights — Barcelona’s amazing food, art and architecture.

Most famous among Barcelona’s architectural treasures are the buildings designed by Antoni Gaudi, especially the Sagrada Familia, a Catholic church that has been under construction since 1882. It is a riot of cement and marble detail in all sorts of styles, and you wonder whether it will collapse of its own weight. They say it will be done by 2026 but I dunno….

And then there is Barcelona’s Pablo Picasso, one of the world’s most influential artists. Barcelona’s Picasso Museum does not have his best work but its collection is large and varied. I visited it about 15 years ago and was happy to see my two favorite exhibits are still there.

One is Picasso’s playful ceramics…

The other is a series of drawings and paintings that reconstruct El Greco’s classic “Las Meninas” painting. 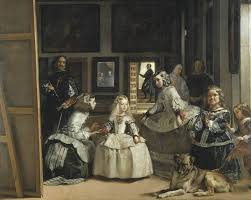 As a sort of art world bookend, there is also the museum dedicated to the work Joan Miro. Miro was born in Barcelona and, like Picasso, was a pacifist, but with a more  metaphysical approach. He once commented that his works must be “conceived with fire in the soul but executed with clinical coolness.” There is love in his paintings. 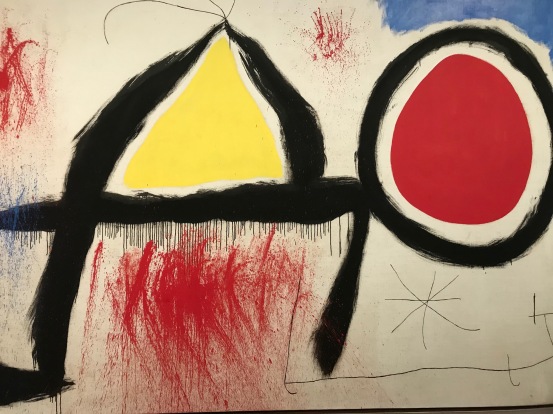 After several meals of paella, gelato and Spanish rioja wine, we set out for Catalunya’s gorgeous Costa Brava. Here, there are no signs of large corporations, political hysteria or modern anxiety. We are staying at Masos d’en Coll, an organic farm with a whole bunch of the region’s Spanish horses, relatives of the Spanish mustangs of the American west.  We had a couple of six hour rides through the spectacular agricultural lands to ancient villages and a long stretch of pristine Mediterranean beach. On the third day, like god, we rested. Unlike god, we are sore.