An early Feliz Navidad from Costa Rica!  With its wonderful jungles and beaches, this is a place for outdoor adventure and serious relaxation, and we have gotten a lot of both during our week on the Pacific Coast — hiking, kayaking, eating and walking on beaches.

Surfer culture in the beach town of Jaco.

Carol and I have spent most of our time near Manuel Antonio National Park, a jungle that is full of all kinds of critters. Although we joined tours with naturalists to show us where to find the shy ones, we’ve learned you don’t have to leave your hotel to meet friends. Mammals, reptiles and bugs are everywhere. Here are a few we saw. 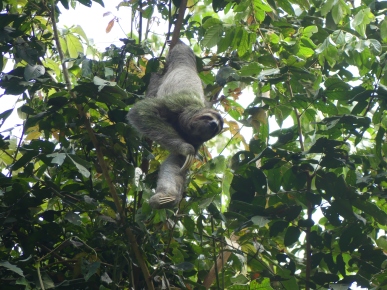 Three-toed sloth. There is some disagreement about whether they are harmless or aggressive. For sure, they have razor sharp claws. 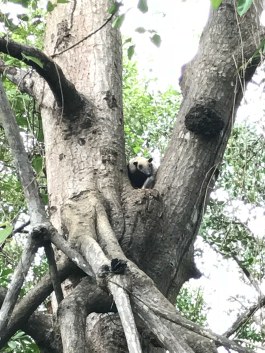 An anteater who turned around to look at us as we were passing through.

Juana, my agouti friend at our hotel.

The underside of a Jesus Christ lizard at night. So named because the females walk on water. We knew that….

Robert, the iguana, also a member of the hotel staff.

A boa constrictor hanging over the water in the mangrove as we were kayaking. 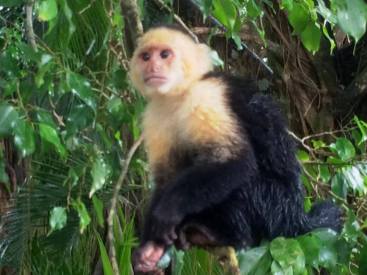 A white-faced capuchin — called the “Costa Rican Mafia” here because they steal stuff.

We also had a great day white water rafting! 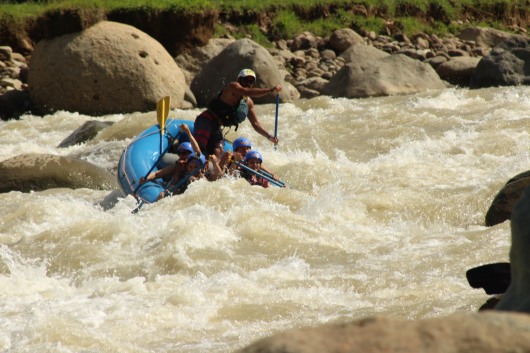 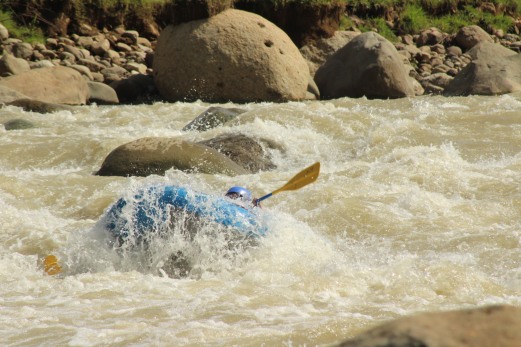 Our rafting guide tells us Costa Ricans refer to themselves as “Ticos,” and are proud that even though the country comprises .03% of the earth’s surface,  Costa Rica contains 6% of its biodiversity. Also that the country eliminated its standing military in 1948 to dedicate its resources to universal health care and free education. It is still a poor country but has had 70 years of growth, political stability and improvements in social equity. That’s pura vida!