The minarets of the mosque near Khan al Khalili

Egypt is a remarkable place, a window into human history that is unlike anyplace I have ever visited. Now is a great time to visit because you won’t be competing with a lot of other tourists and your Egyptian hosts will be more grateful than ever.

Here are a few unscientific small-sample-size personal observations about travel in Egypt: 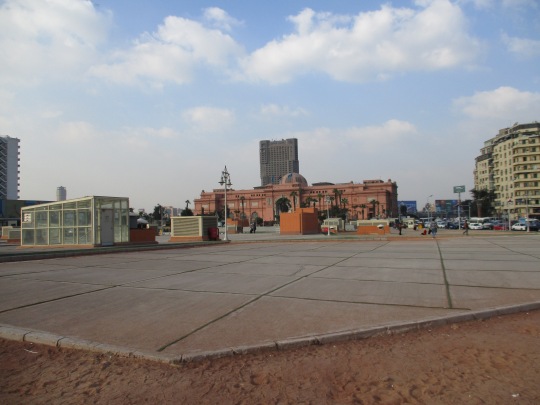 Egypt is not unsafe for travelers.  Petty crime against tourists is not unknown but it is not common. (Someone tried to steal my bag in Rome and someone did steal my electronics in Scotland so….). Egypt appears to be no more vulnerable to terrorism than anywhere else and the Egyptian government has obviously gone to great lengths to promote security in public places.  The geography of terrorist violence has been unpredictable except in war torn countries like Iraq and Syria.
http://www.theatlantic.com/international/archive/2014/11/the-geography-of-terrorism/382915/   Statistically, you are more likely to die from gun violence staying at home in the US .  http://www.bradycampaign.org/sites/default/files/GunDeathandInjuryStatSheet3YearAverageFINAL.pdf  And there is currently no civil unrest in Egypt except the kind of protests you might find in Berkeley.

Egyptian men are very affectionate and expressive toward each other. They hug. They kiss. They slap and laugh and yell and wave their arms.  They act like brothers.

Egypt is poor.  It is dirty and run down. You will see pe

ople carrying rocks, hungry children and crumbling infrastructure. If you are looking for an escape from most of the world’s reality, you will have to miss the most important antiquities in human history and a lot more.

Most Egyptians are very religious.  Egypt is technically a civil society and officially tolerates Christianity and Judaism but its constitution requires that new legislation be consistent with Islamic law. As a tourist, you sense the religious commitment when you see the number of mosques, the way women dress and how prayer seems to be so much a part of daily life.

Egyptian food is great.  Traditional Egyptian dishes incorporate lots of fresh vegetables, roasted meats, rice and beans. The teas and juices are also yummy. Street food is not common and you don’t see Egyptians eating together or hanging out at cafes. Most Egyptians don’t drink.  As in most not-rich countries, the pro

cessed food industry is changing the way not-rich Egyptians are eating, which is causing obesity and other health problems. Chips, fake juices, sodas and candy are becoming substitutes for healthy foods, and are sold in kiosks everywhere.

A traditional small bakery in Luxor

A happy baby crocodile that will go back to Lake Nasser when he gets a little older.

Animals are an important part of Egyptian culture. Horses and cats are family members in some communities. Camels and donkeys provide local transportation in others. You will see evidence that Egypt’s domesticated animals are often treated harshly. Many are hungry and compete with their human partners for food. In Aswan, I took carrots to the skinniest carriage horses. One of the owners asked me to feed a younger horse instead. Another asked me for the bag to take home to his family. Perhaps the happiest animals in Egypt are the legally protected crocodiles in Lake Nasser that “eat all our fish.”

My visit to Egypt has been a bridge to thousands of years of history and thousands of miles of misunderstandings. That is a lot.

Fear does not prevent death. It prevents life.