My cab driver laughed when he told me Kuala Lumpur means “muddy estuary,” probably because Malaysia’s capital is nothing like its name.  Bright and clean and rich, central Kuala Lumpur is full of flashy skyscrapers, 21st century transportation systems and giant up-market malls.   First World roads, sidewalks and landscaping. No tuk-tuks or motor-scooters. After a couple of weeks in Cambodia, KL is quite a shock! 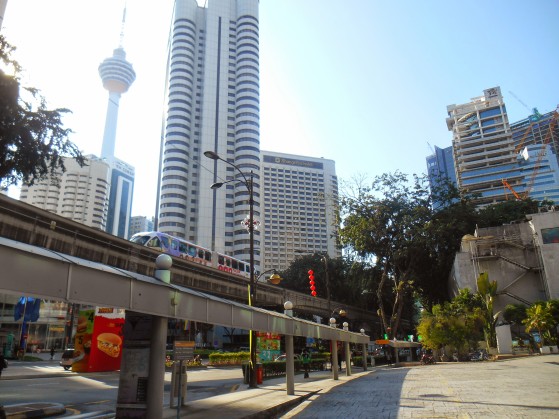 Almost everything about downtown KL looks and feels like Los Angeles. 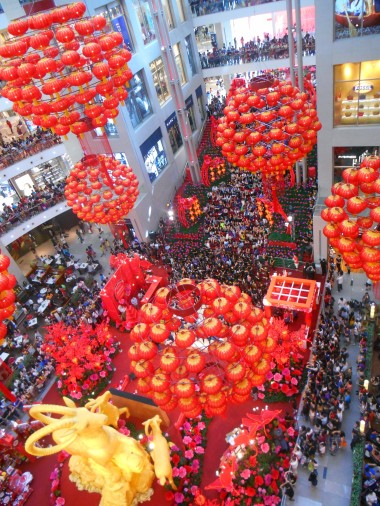 Thousands of happy shoppers take a break from Prada and Ferragamo to listen to a pop singer from Taiwan at the Pavillion Mall in downtown KL. 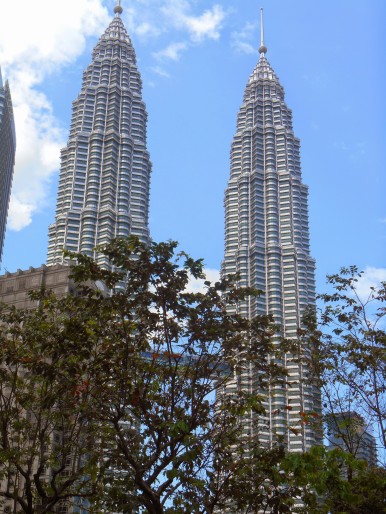 KL’s iconic Petronas Towers, 88 stories and inspired by motifs in Islamic art. Although this is obvious, the Petronas Towers website refers only to Malaysian basket weaving.

Like so many places, Malaysia was colonized by the British in the 19th century. It regained independence in 1957.  Since then, Malaysia’s government has been rather wildly successful at reducing poverty and promoting economic growth, partly as a result of the state’s control of major resources, especially oil supplies.  Today, Malaysia has a strong middle class — not as rich as its southern neightbor, Singapore, but it doesn’t have the dramatic gaps between rich and poor either.

Although insiders are parsing the terminology, Malaysia is a secular state that recognizes Islam as the nation’s official religion. Malaysia and KL are a blend of many cultures  — mainly, Malay, Indian and Chinese —  and 40% of the population is Hindu, Buddhist or Christian.  Malaysia is a constitutional democracy with open elections but has been governed by a single party since independence. It has been consistently accused of corruption, controlling media and the judiciary on behalf of the ruling party, and civil rights violations.  Sound familiar? 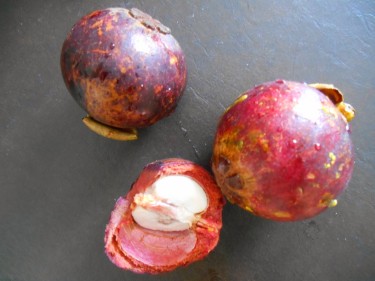 A favorite of Queen Victoria (and me), the Malaysian mangosteen has  sweet, perfumy, juicy insides. They are illegal in the US, which explains why they are so expensive at the markets in Oakland’s Chinatown. 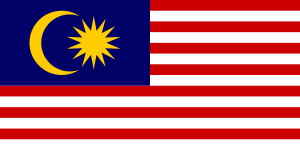 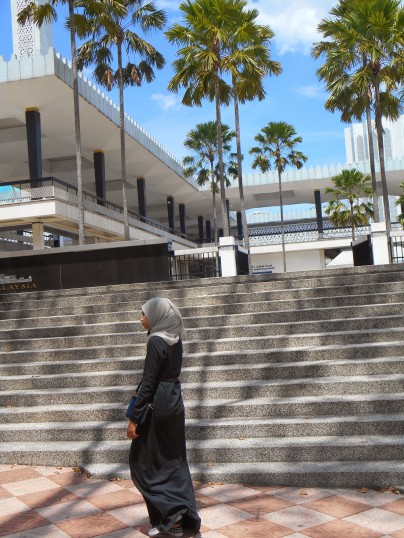 I came to KL this week to attend Thaipusam, a Hindu festival that involves body piercings and 1.5 million people walking to a shrine at caves outside of the city. But I was having (annoying but not serious) eye problems so I had to skip it. Bummer. My consolation prize was staying in a wonderful new boutique hotel with a view of the City, a big screen TV with a movie channel, a giant room with hardwood floors, and people fussing over me.  I do love being spoiled sometimes. (Invito Suites, go there)

KL has a fabulous Islam Museum that is modern and well-curated.  Before my eye thing, I spent an afternoon enjoying the art and learning about Muslim history and culture. 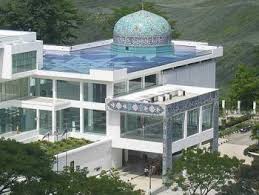 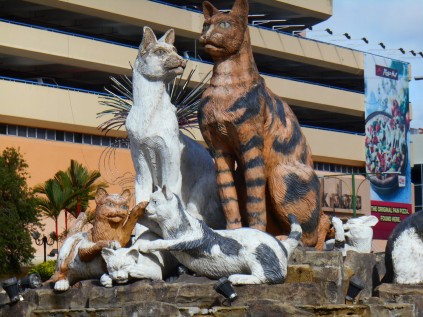 But right now, I am in Borneo! Borneo is part of Malaysia — oddly because Borneo is not closely connected to the rest of Malaysia geographically or culturally or historically.  I am staying in Kuching, which means “Cat” in Malay. Kuching has a cat museum and ugly cat statues downtown. The attraction of Kuching is that is it close to other places, if you know what I mean.

And I am in Borneo!  Land of orangutans and jungles and headhunters! No sign of headhunters but I spent a morning hanging out at a national park, where neither the orangutans nor the people are in cages or behind fences. The orangutans don’t always come down from the hills for breakfast but five of them came down today and were very comfortable hanging out with 20 happy tourists. 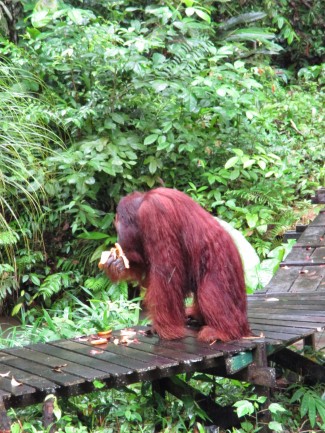 This big guy was about 30 feet from us eating his bananas.  He came so close we had to move. 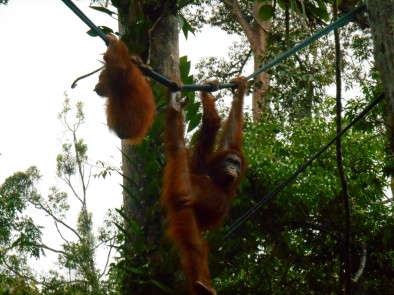 This young lady knew exactly the impression she was making. 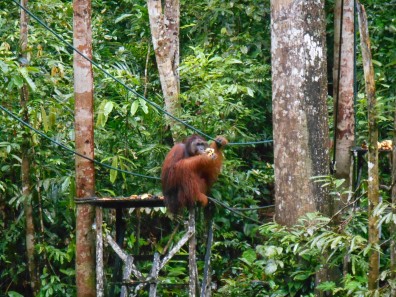 Orangutan means “person of the forest,” and, yep, they look at you like you are a member of the extended family.

A Dr. Seuss shout out to Auntie Dawn! 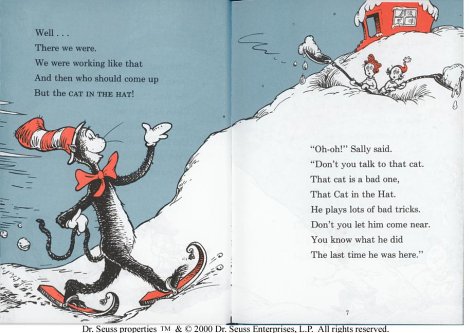