I have a friend a couple of doors down who usually wakes me up at dawn. 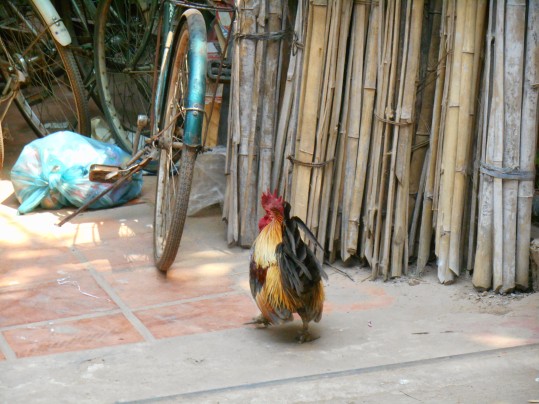 He is a little camera shy.

But Thursday morning, I awoke to traditional Khmer music blasting from loudspeakers.  Thinking (wrongly) that I should get up and out if I wanted to find the source, I quickly dressed and walked down the street.  A block away, the music came from a purple and white wedding tent.  While I was checking it out, I ran my foot into a pole. Some young guys sitting on top of rice sacks in a truck giggled at this. It wasn’t mean so I smiled in response, but only until they couldn’t see me because it really hurt.

The wedding music would continue from dawn to dusk for most of two days, interrupted periodically by what sounded like the Khmer version of praying and preaching.  With loud voices, the young men at the hotel’s front desk gave me some information about Cambodian weddings, which are among the most important events in Cambodian families.

Wedding tents are often set up in the street. Not to worry, there are other streets. Or you can try to squeeze by.

Most Cambodians will spend the equivalent of two or three years’ income on a son’s wedding — in Cambodia, the son’s family pays for everything. Sometimes, a farming family will sell a plot of land to pay for a wedding. 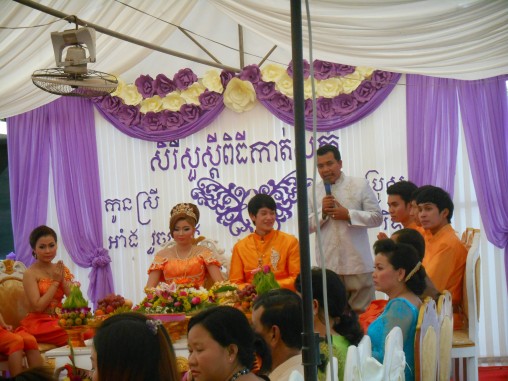 Cambodian weddings include a lot of ceremony, including a call to the ancestors and special blessings from monks.  To symbolize new beginnings, the bride and groom get a haircut (no longer a real hair cut, more of a symbolic haircut). For good luck, guests “tie the knot” by wrapping bracelets on the wrists of the bride and groom.

No one could answer my question about why the ceremony was broadcast to the whole village or how the people in the tent could tolerate the volume. But it can’t be a Cambodian custom. Loudspeakers haven’t been around for that long.

(Notice the woman in the wedding party who has her palms together.  In Khmer, this is called “som pas,” a common greeting and expression of respect.  The higher your hands, the higher the status of the person you are greeting.  I asked Max from CCDO how he decides where to place his hands.  He said he just kind of moves them around his nose so he doesn’t have to make any decisions).

Thursday night, I went to a performance by Phare, which has been described as a smaller, folksier Cirque de Soleil.   Each performance tells a story about Cambodia with music, dance, acrobatics and simple dialogue. The performers are poor rural children who are trained at an academy in Battambang, another wildly successful NGO that has deep roots in the community. When Carol and I were here in November, we saw “Sokha” about the experiences of some young people during the Khmer Rouge regime, and I cried. 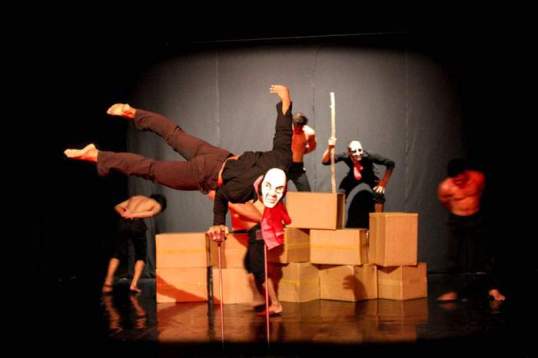 Tonight’s performance was “Preu,” a story about Cambodian ghosts. It was playfully scary and full of humor.  The story centered around five delightful young men strutting their stuff in the face of fear, and hoping to impress a young lady. Although exaggerated for effect, the portrayal of male interaction was so convincing, I suspect many women in the audience were, like me, asking themselves whether this is what men are really like when women aren’t around.  I loved it. 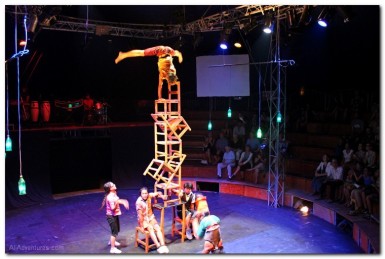 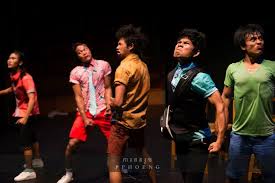 I went back to Angkor Wat today.  In that grand place, I took some little photos. 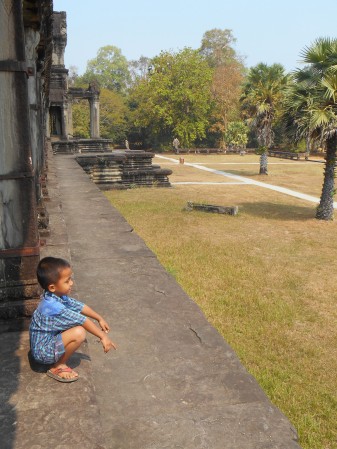 Sometimes kids need a moment too. 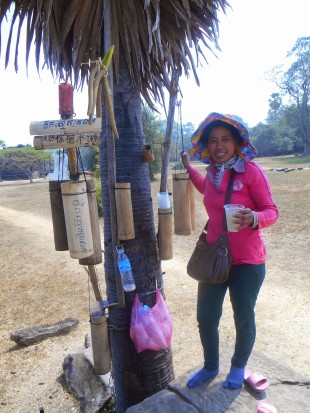 A number of locals tap the palm trees right at the site and sell the palm juice. The bamboo containers collect the juice similar to  the way maple sap is collected for syrup. 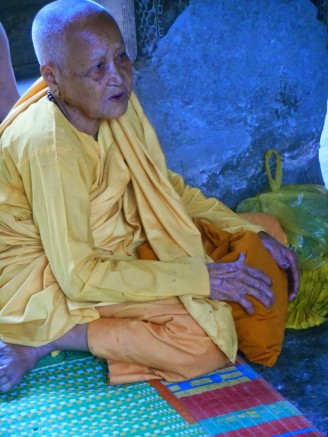 This Buddhist monk was chanting in front of one of the alters. I want to remember how beautiful she sounded. 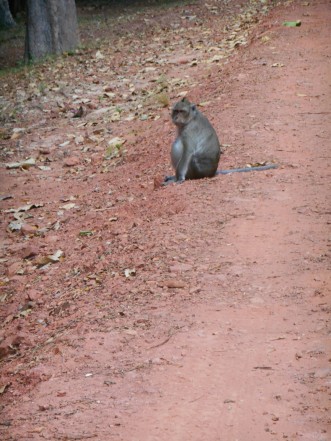 He is not camera shy.

The same stream of life that runs through my veins night and day
runs through the world and dances in rhythmic measures.

From “Stream of Life” by Rabindanth Tagore